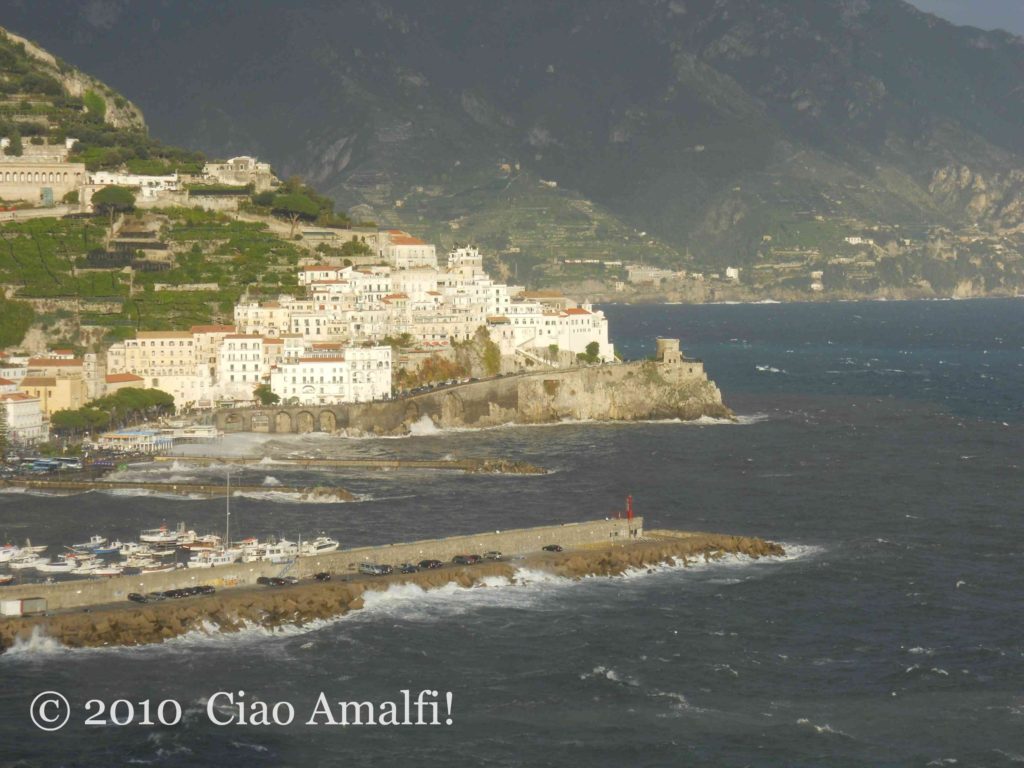 November 1st arrived this year with maltempo, or bad weather, all across Italy. We woke up the morning of the first to a strong, warm scirocco wind blowing from the southeast. The wind brought with it a sudden spike in temperature and a very rough sea in Amalfi. The waves were crashing on the Marina Grande beach and against the rocks along the town’s three piers that define the port. We had parked the car in Amalfi’s main parking area behind the largest port, and on the way back to the car we made a last minute decision to stop for lunch at the Ristorante Lido delle Sirene behind the port. The waves were making quite the display, sometimes crashing as high as the restaurant, which you can see on the right in the photo below. 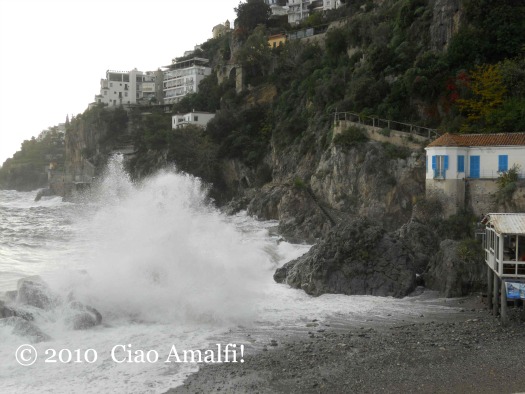 From their glassed in terrace we had lunch with a spectacular view of the waves crashing against the rocky beach. The sound and power of the sea was tremendous! Here are some shots I took during lunch while we enjoyed paccheri con gamberetti. It felt like the waves were coming right at us! 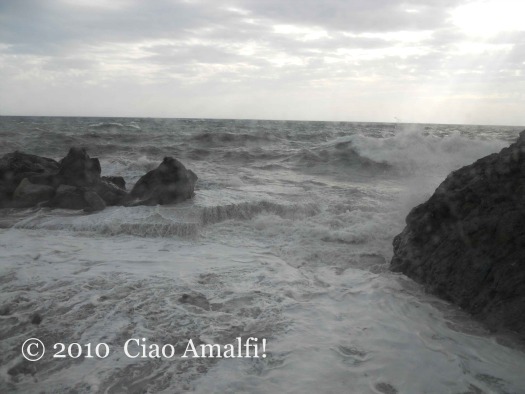 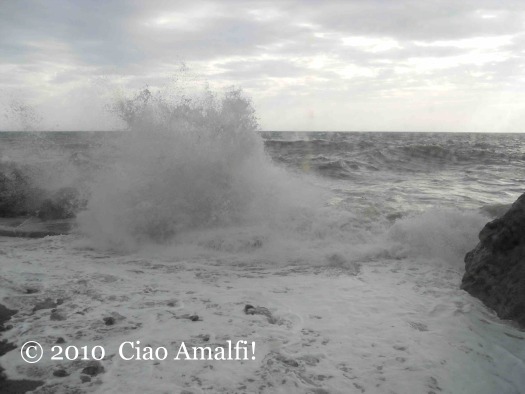 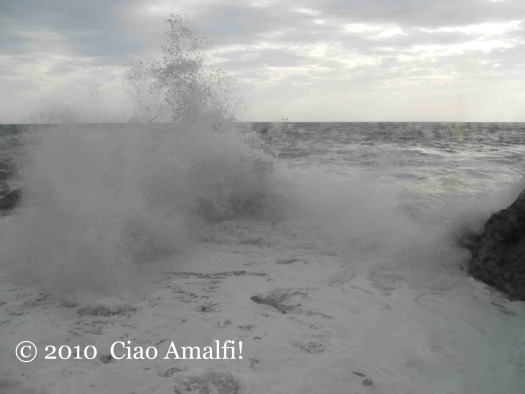 After some delightful and sunny November days last weekend, the bad weather has returned again this week. The seas are rough and the winds intense. But that’s just November on the Amalfi Coast! Head over and check out my recent post on the Amalfi Coast Local Flavor Blog for NileGuide to see more photos of the maltempo and huge waves crashing on the rocks in Amalfi!