I came to writing through a love of place, and one very special place – the Amalfi Coast. While books and reading have been my life from a young age, it wasn’t until I first visited the Amalfi Coast that I could no longer resist putting pen to paper. This writing journey has taken many forms over the years, from the scribblings here on Ciao Amalfi to articles, photography, and my guidebook Moon Amalfi Coast with Capri, Naples & Pompeii. What drives me forward on this journey is a continual desire to capture the beauty of the Amalfi Coast’s landscape, people, history, and life in an honest way. For me it comes most naturally through the interplay of words and images – my happy place!

Below is a selection of my writing about the Amalfi Coast. I write stories that capture a sense of place and bring the magic that is the Amalfi Coast to life. With a decade of experience copywriting, I also enjoy writing vibrant and moving website and editorial copy. Please contact me if you’re interesting in collaborating! 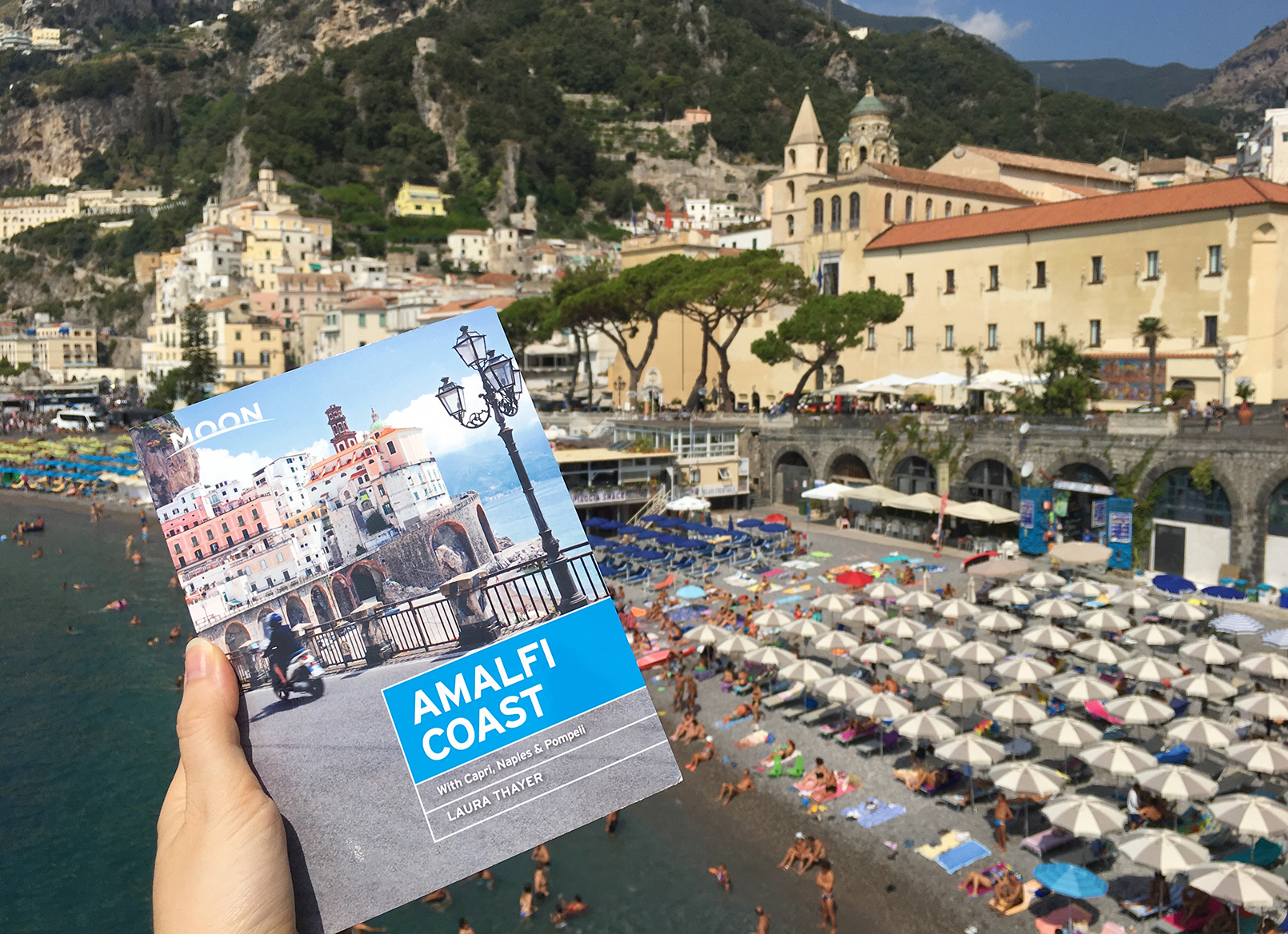 Thanks to the success if the 1st edition, I am currently working on updates and additions to make the 2nd edition of Moon Amalfi Coast an even more useful and vibrant guidebook. 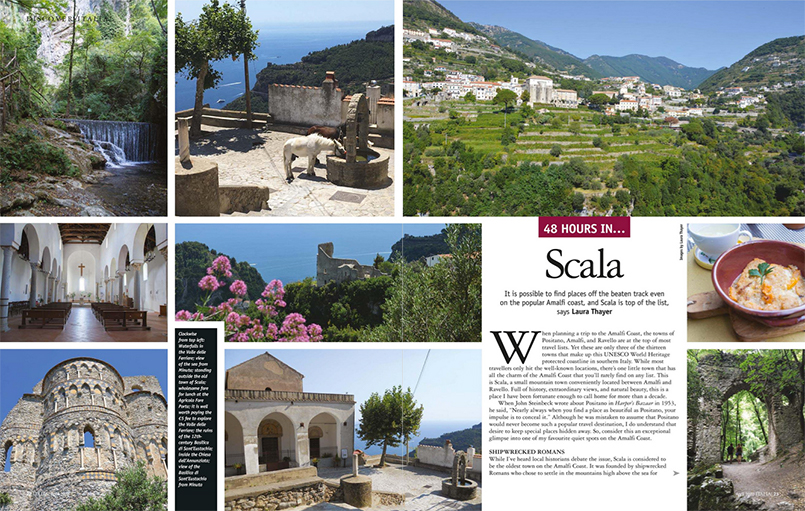 “A Twist of Lemon,” January 2018. Feature article on that most classic Italian Christmas cake, the panettone, Amalfi-style created by the Pasticceria Pansa.

Starting in April 2012, it was an honor for me to join the Italia! team as the From Here to There columnist contributing monthly travel and lifestyle experiences on the Amalfi Coast for almost a year.

“Minori on the Amalfi Coast,” Spring 2018. Feature article and photographs.

“The Amalfi Coast: Walking Through History One Step at a Time,” Fall 2014. Feature article and photographs.

Contributed article “The Unexpected Vineyards of the Amalfi Coast” (October 2017).

A little bit about my background since the writer I am today was largely shaped by time spent in two special places: the Great Books Program at St. John’s College in Annapolis, Maryland and the incredible Art History department at the University of St. Thomas in St. Paul, Minnesota.