With mild temperatures and plenty of sunny days, autumn is a beautiful time to visit the Amalfi Coast. Do keep in mind that September is in many ways a continuation of the summer. It’s still quite warm and is one of the best months for swimming and enjoying time outdoors. Temperatures do start cooling off in October and by November you’ll often see tinges of autumnal hues. If you’re planning an autumn trip to the Amalfi Coast, here are some of the best events and festivals along the coastline:

BYZANTINE NEW YEAR, Amalfi
Piazza Duomo and various locations; Aug. 31-Sept. 1
During the Middle Ages, the September 1 was the start of the legal and fiscal new year, according to the calendar of the Byzantine Empire. Given Amalfi’s strong ties to that part of the world, that date was used to appoint their elected officials with an elaborate ceremony. This cultural event is celebrated today with a historical procession including more than 100 people dressed in costumes of the former Republic of Amalfi. The event includes selecting a local Amalfitan or important figure to represent the Magister di Civiltà Amalfitana in a ceremony at the Chiesa di San Salvatore de Birecto in Atrani, followed by a procession to the Duomo in Amalfi. It’s a fascinating event, even more elaborate than the historical parade during the Regatta of the Ancient Maritime Republics.

FESTA DELL’INCENDIO, Ravello
Torello; third Sunday of Sept.
By far one of the most striking religious festivals of the year on the Amalfi Coast, the Festa dell’Incendio celebrates the Madonna Addolorata in the tiny village of Torello set in the mountains in a very scenic spot below Ravello. The buildings of the town are all illuminated and the fireworks display over, around, and from the village is astounding.

FESTIVAL OF SAN MATTEO
Cattedrale di Salerno and various locations; Sept. 21
On the traditional day honoring San Matteo, September 21, Salerno celebrates its patron saint with a religious festival that is fittingly grand for an apostle and evangelist. The evening procession leads through the streets of the centro storico with statues of San Matteo, San Giuseppe, San Gregorio VII, and the saints Gaio, Ante, and Fortunato, accompanied by marching bands. As the procession makes its way through the narrow streets, balconies are packed with onlookers and the streets are lined with people leaving just enough room for the procession to squeeze through. After the procession a Mass is given in the crypt of the Duomo, followed by concerts in Piazza Alfano I, Piazza Cavour, and Piazza Amendola. The finishing touch is a huge fireworks display after dark.

FESTA DEL PESCE, Positano
Spiaggia di Fornillo; www.festadelpesce.net; last Sat. in Sept.
With Positano’s deep connection to the sea and fishing tradition, it’s no surprise that this town puts on a festival dedicated to seafood. The Festa del Pesce (Fish Festival) takes over the Spiaggia di Fornillo beach on the last Saturday in September for an extravagant evening of fresh seafood, music, and fun. The event always ends up feeling just as much a celebration of Positano’s community pride as its wonderful cuisine.

I SUONI DEGLI DEI (The Sounds of the Gods), Praiano
Sentiero degli Dei; tel. 089/874-557; www. isuonideglidei.com; every Wed. in May, Sept., and Oct.; free
There are few more impressive settings for an open-air concert than the Sentiero degli Dei pathway high above Praiano. This incredible concert series of classical and contemporary music is not only set against the backdrop of the Amalfi Coast, but also immersed in nature in various settings, including among the ruins of the Santa Maria a Castro church that sit at 1,194 feet (364 m) above the sea. Accessing the concerts means hiking the Pathway of the Gods; the hike is strenuous but extremely re- warding, but do dress accordingly with hiking or good walking shoes. For more details on reaching the concert locations from where you’re staying, contact the organization or tourist office for tips or to arrange a guide.

FESTA DELLA CASTAGNA (Chestnut Festival), Scala
Piazza Municipio; www.discoverscala.com; Oct. (dates vary)
Chestnut trees fill the valley around Scala, and in autumn the annual harvest is celebrated with a big food festival (sagra) completely dedicated to chestnuts. The entire center of town is transformed into a rustic setting with various stalls selling local specialties like gnocchi and pasta made with chestnuts or chestnut flour and a variety of tempting chestnut cream-filled desserts as well as roasted chestnuts. Traditional games take place in Piazza Municipio, including tug of war and a donkey race with each of the frazioni of Scala vying to win. A stage is set up in the piazza for concerts by local bands. The festival usually takes place over two weekends in October, with the dates varying depending on the harvest.

FESTIVAL OF SANTA TROFIMENA, Minori
Basilica di Santa Trofimena; July 13, Nov. 5, and Nov. 26-27
Minori’s faithful have a deep connection to their patron saint, Santa Trofimena. The early Christian martyr is celebrated with three religious festivals throughout the year, each date honoring a special occasion connected to Santa Trofimena. November 5 marks the traditional saint day for Santa Trofimena, while the November 26-27 events celebrate the relics being found again after they were lost in the church, a fascinating story: In the ninth century, the highly prized relics were stolen by the powerful prince of Benevento. Eventually, they were brought back to Minori, and the festival each year on July 13 marks the return of the relics. After this momentous occasion, the relics were well hidden in the church for safe keeping. Unfortunately, they were hidden a little too well and their exact location was lost over the centuries. When they were rediscovered, it was a grand event for the town. The festivals for Santa Trofimena include special Masses in the Basilica, religious processions with a treasured statue of the saint, and fireworks displays over the sea.

FESTIVAL OF SANT’ANDREA
Piazza Duomo and various locations; June 27 and Nov. 30
Twice a year Amalfi honors its patron Sant’Andrea (St. Andrew) with a grand re- ligious festival that is one of the biggest and most popular of the year on the Amalfi Coast. Celebrations take place June 27 to remember the time Sant’Andrea is said to have heeded the prayers of the town’s faithful in 1544, and protected Amalfi from a pirate attack by bringing on a sea storm so intense that it destroyed the invading ships. The November 30 celebration marks the traditional festival day honoring Sant’Andrea.

The festivals center around the Duomo di Amalfi. It does get very crowded, so arrive early in Piazza Duomo to get a good view. After a special Mass, a large 18th-century silver-and-gold statue of Sant’Andrea is taken down the long staircase of the Duomo and carried throughout Amalfi. The statue is even carried down to the beach where boats gather in the harbor for a blessing. The grand finale has to be seen to be believed: The large group of men carrying the statue pause at the bottom of the Duomo’s 57 steps before running the statue back to the top. Once they reach the top, the piazza packed full of people bursts into applause as Sant’Andrea returns safely home.

The festive atmosphere continues with music in Piazza Duomo and a spectacular fireworks display over the harbor after dark. The two events honoring St. Andrew are similar, though the summer festival usually comes with excellent weather. In June, the procession begins after evening Mass, and in November it starts after a mid-morning Mass. This centuries-old festival offers a wonderful glimpse into the religious traditions of Amalfi. Since these are the biggest celebrations of the year in Amalfi, do book your accommodation well in advance, especially for the June 27 festival.

These are excepts from my guidebook Moon Amalf Coast with Capri, Naples & Pompeii. Check out the book for more ideas of what to see and do and all my local tips and suggestions for your Amalfi Coast holiday! 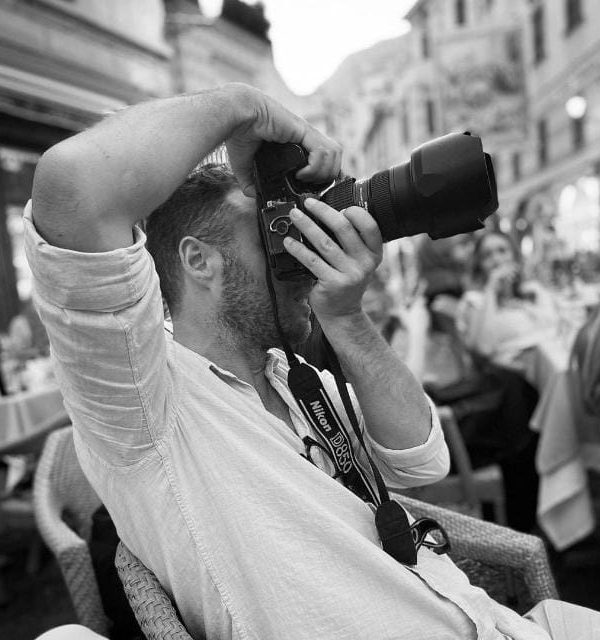 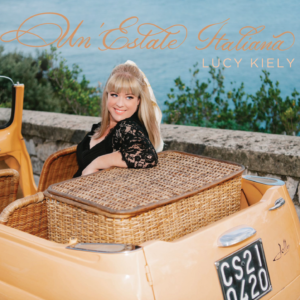