Sometimes it’s hard to put into words how the places we live and travel to become a part of who we are. I’ve been enjoying the Travel Inspirations series here on Ciao Amalfi, because it’s given us all a chance to hear tales from some great travel writers around the web. Last week Cherrye Moore told us about her hometown, and before that we’ve visited Italy with Robin Locker, England & Italy with Lisa Fantino,  Naxos, Greece with Mike Sowden, Hiroshima with Abigail King and Australia’s Gold Coast with Cecil Lee. This week we’re back in Italy as Danielle Russo from WhenInRomeTours.com takes us to the peaceful destination of Assisi in Umbria.

In Italy, there is no shortage of works of art and natural beauty that will impress and maybe even astound you. Still, there is something unique about the Basilica of St. Francis of Assisi that I have never experienced in Italy or anywhere else. Though not a devout Catholic (far from it, actually), when I entered this shrine to St. Francis I felt a wonderful feeling of tranquility. For a few moments, I too felt holy! 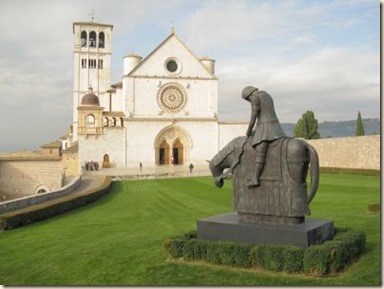 The Basilica of St. Francis of Assisi is the mother church of the Franciscan order of Friars and one of the most important destinations for religious pilgrimages in Italy.

St. Francis is one of two patron saints of Italy (the other is Santa Caterina di Siena). When he was young, Francis was mocked for his charity towards the poor, and eventually renounced his patrimony, his father, and even his own clothes. He was inspired by the sermon of Matthew10:9, in which Jesus urges his followers to go forward with “neither gold, nor silver, nor brass in your purses” and devoted himself to a life of poverty.

The foundation of this Basilica to honor this saint began in 1228 and is built into a hill, divided into three main areas. The upper level, the lower level, and the crypt where the remains of St. Francis are buried. The church is covered from top to bottom with frescoes by medieval Italian masters such as Cimabue, Giotto, Simone Martini, and Pietro Cavallini. 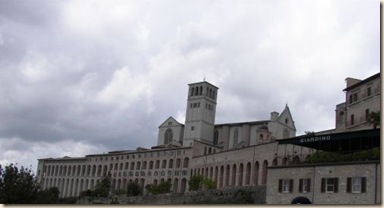 When visiting the Basilica of Saint Francis, be sure to see:

1. The tomb of St. Francis: The saint’s remains are above the altar in a stone box with iron clamps.

2. Relic Chapel: Here you can see a plate and chalice used by St. Francis for the eucharist, a prayer he wrote, and papal document legitimizing the Franciscan order.

3. The frescoes by Giotto on the upper level of the church.

The Basilica of St. Francis became a UNESCO world heritage site in 2000.

There is no charge to visit this church. The hours of the Basilica are 9:00 AM to 6:00 PM, although some parts of the church may open earlier and some will close later. See the website for full details.

Danielle Russo is a coordinator of Rome and Vatican Tours. She lives in Rome, Italy and writes about travel for MNUI travel insurance as well as WhenInRomeTours.com. 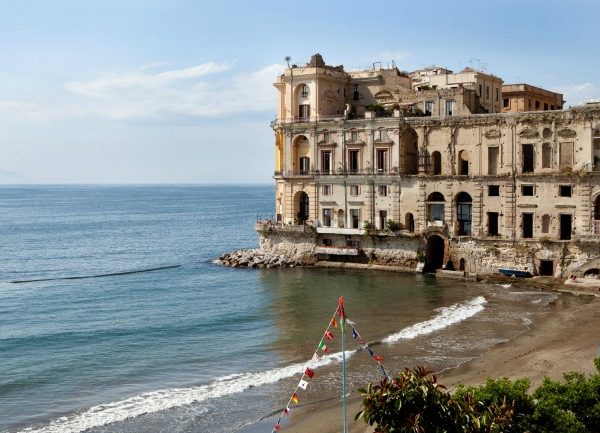 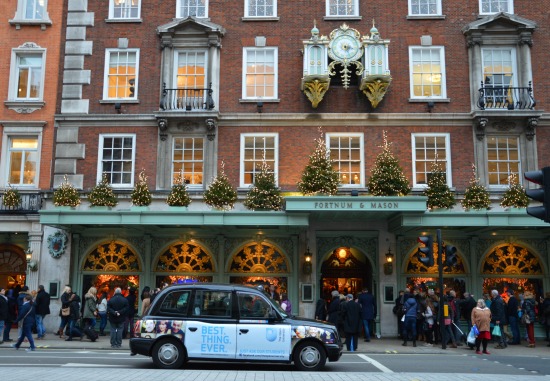 A Magical Evening of Tango on the Amalfi Coast