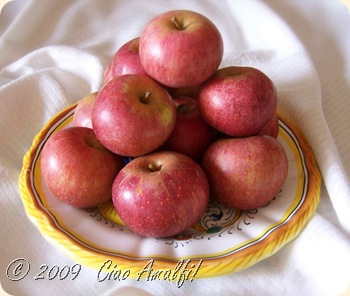 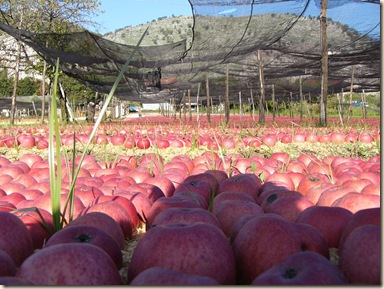 The sun is out and the weather has warmed up significantly since last week. These are the beautiful autumn days that I love, with the changing colors of the trees and grape vines glowing brilliantly in the sun. I’ve so enjoyed doing these color themed posts over this past month, and remembering the beautiful memories from the summer. But you know I couldn’t end this series without blue! After all, it’s the color of the sea and sky and the fishing boats and so much more here on the Amalfi Coast. While I love the change of seasons, I’m also a bit blue that summer is coming to an end. It sure was a good one! 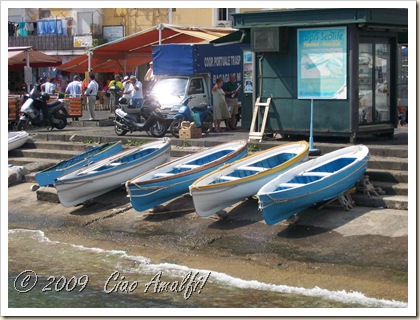 I love the bright colors at Capri’s Marina Grande, especially the blue boats! 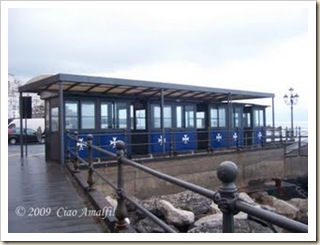 Remember the new ticket booths in Amalfi that I didn’t like? Well, I still don’t like them! 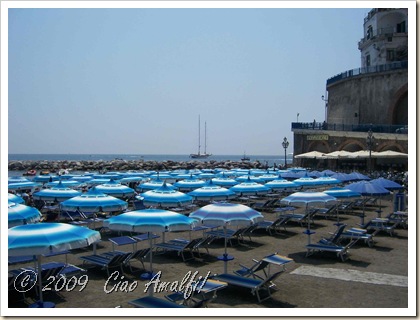 The lovely beach in Atrani is all blue! 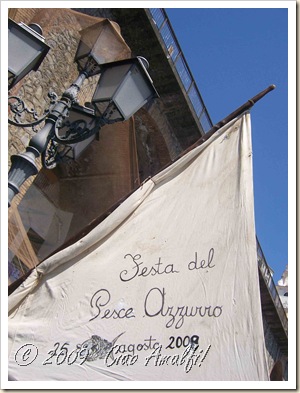 Speaking of Atrani, they also have the Blue Fish Festival! 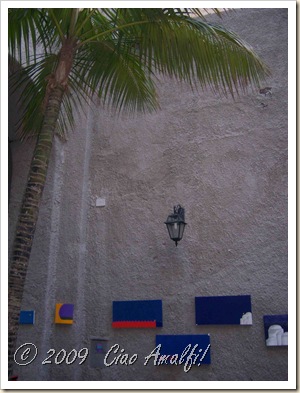 I loved this art show I happened across in Amalfi this summer. 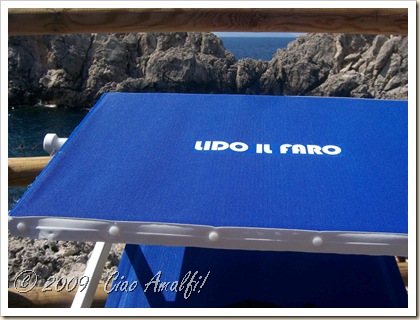 Swimming at the Faro beach on Capri was a summer highlight! 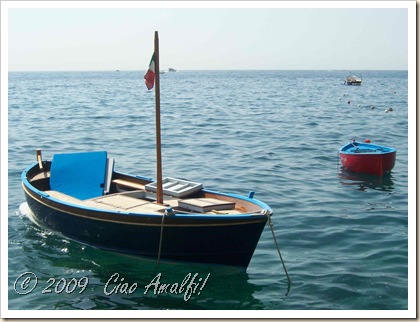 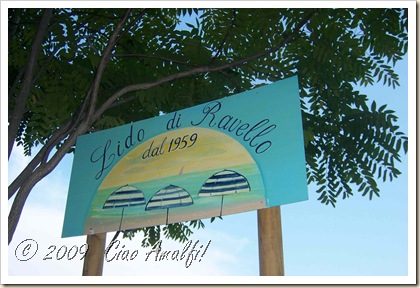 Evening light at the Castiglione beach, which is Ravello’s beach. 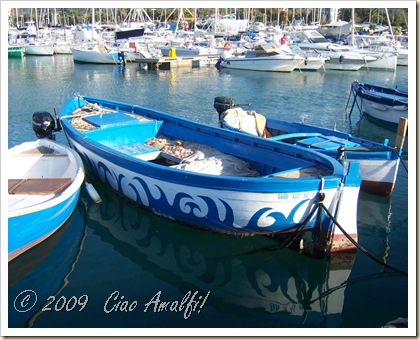 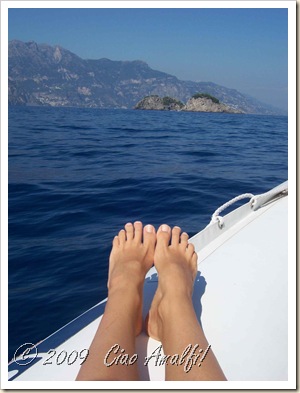 Summer sun on the toes with the Li Galli Islands in the distance.

The sound of the wind blowing through the mountain valleys, the sweet tinkling sound of sheep bells, terraced gardens of olives, lemons and grape vines, unbelievable peace and quiet – these are the reasons I love walking along the ancient pathways on the Amalfi Coast. Yesterday, while filming these 3 white sheep munching away happily on an olive branch, someone else came along. Baaaaaa … the black sheep! 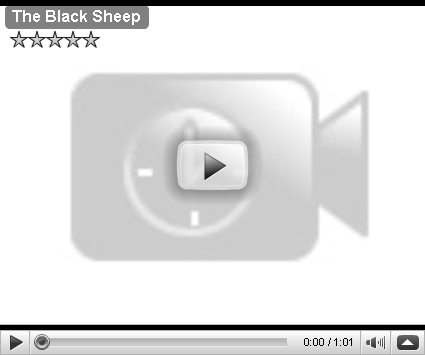 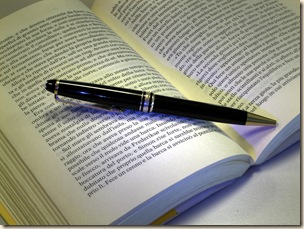 I know I’m not the only perfectionist out there trying to learn Italian. You know who you are. We’re the ones who are afraid to speak until we can say a completely formed sentence, with the proper verb conjugations, adjective endings and pronouns. Oh, and it has to be perfectly pronounced, too. Of course. I think this has been the single biggest obstacle for me speaking Italian, and is something I struggle with every day. I know some people can just dive right in with only a few words, but I have found that to be difficult. The single most important thing I’ve learned over the past two years studying Italian and living here in Italy is that every single person learns languages differently. The key is finding what works for you and running with it.

Many of you are probably already familiar with the great LifeinItaly.com website. Just recently I discovered the wealth of information they have available on learning Italian. I was particularly inspired by the article on the main page by Carlo Pescatori called “Every language is made up of words.” He makes some great points that are particularly relevant for people struggling with some of the issues I mentioned above. I love his idea to incorporate as much Italian into your thinking as you can. Over time it will grow and you will become comfortable with it at the same time. This is, after all, how we learn English. Little bit by little bit, word by word, and with lots of practice. I already find  myself doing this often:

Start with nouns of things you have around all the time and talk to yourself like “I’ll drink un caffè now”, “let me andare in salotto for a while”, “tempo to cook again”, “adesso is time for una pausa” and so on.

My thoughts are often a mix of the two languages now, but sometimes I surprise myself by thinking or saying a whole thought in Italian without, well, having to think about it. But I feel like this process is helping me with the feelings of perfectionism that I struggle with. I know I will be incorporating some of the ideas and suggestions I learned in this article. Head on over to the LifeinItaly.com Italian page and explore the helpful articles and lessons they offer. I hope something there will inspire you! 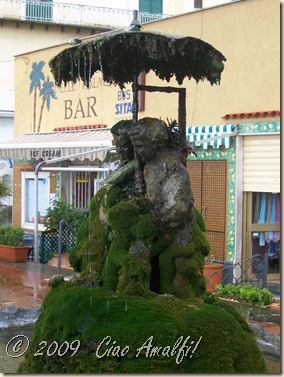 On a perfect sunny day, this fountain near the waterfront in Amalfi of two figures huddling under an umbrella might seem a little out of place. Today, as the rain poured down, these two seemed to fit right in with all the Amalfitans and tourists huddling under umbrellas nearby. The water poured down off the umbrellas, ran down the streets and into the rough sea. 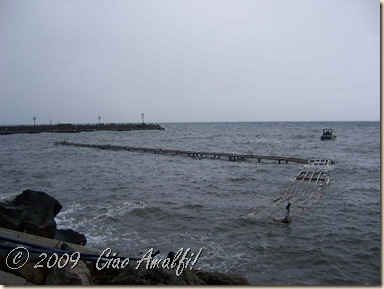 It’s not just maltempo, or bad weather, that has arrived in Amalfi. Over the last week winter arrived! Or, at least, Amalfi has packed up its summer feel and stored it away for next year. In the course of one week, all the small boats that line the harbor have been removed, as well as the temporary docks they build every summer. And just in time before the rough seas came! Here’s a short video from Amalfi today: 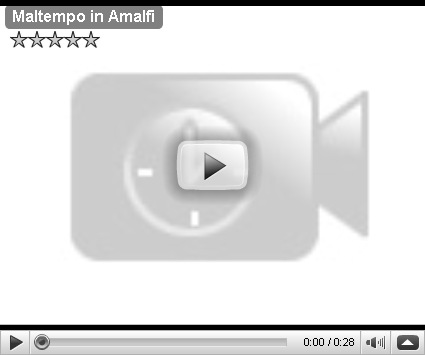 Amalfi in the rain and during the winter months has a different sort of beauty, but is nonetheless striking. Today reminded me of that and made me look forward to the coming months.