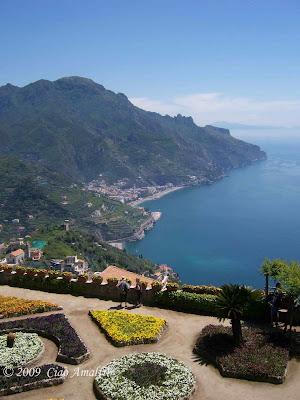 Last Tuesday on this blog I tempted you with the Ravello Festival, which is certainly one of the Amalfi Coast’s artistic and cultural highlights each year. What makes the Festival simply spectacular is its location on the beautiful grounds of Ravello’s Villa Rufolo. Set right in the heart of Ravello, just off the main Piazza del Vescovado and next to the Duomo, the Villa Rufolo is one of the city’s gems. The villa was built in the late 13th century by the prominent Rufolo family, a wealthy merchant family who were also the major patrons behind the adjacent Duomo of San Pantaleone in Ravello. The family spared no expense in creating their family home, which at one time boasted “more rooms than there are days in the year.” 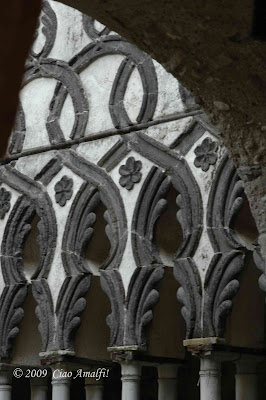 A wonderful and eclectic mixture of Arabic, Sicilian and Norman architectural styles, the Villa Rufolo is a great place for architecture enthusiasts. The architectural detailing in the cloister, above, is unlike anything I have ever come across before. Around every corner of the meandering villa grounds you will find interesting little details, some original and some restructured over the centuries. 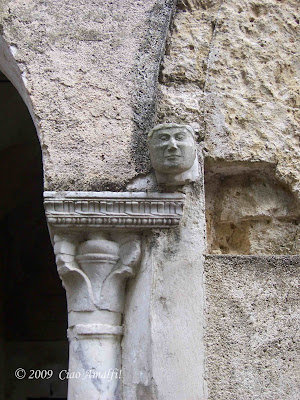 The Villa Rufolo was passed down through several families, and had fallen into a state of neglect, when it was bought by the Scotsman Francis Devile Reid in 1851. A man of great culture and a lover of the arts, Reid restored the buildings and revitalized the gardens of the villa during his ownership of the property. The Villa Rufolo has been a public building since 1975, and it is very well maintained. The gardens really must be seen to be believed! This is my favorite dreaming spot in the Villa Rufolo: 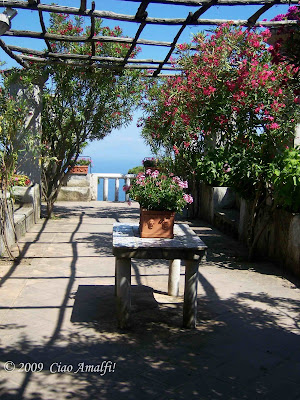 Today the wealth and luxury and pure excess of the Villa Rufolo in the 13th century can only be imagined, as you wander the grounds and explore the remaining buildings, towers, baths and terraced gardens. I had the pleasure of doing just this last Sunday when I spent a lovely day in Ravello with a friend from America. She and I were fortunate to have one of the most beautiful days of the year so far to enjoy the gardens at the Villa Rufolo. Everything, it seemed, was just a bit brighter and more beautiful, and the gardens and views were simply breathtaking. But good company has a way of making the good even better! Here are a few photos taken last Sunday to tempt you terribly: 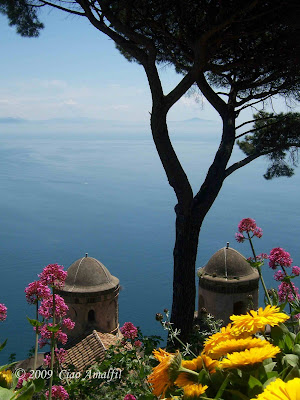 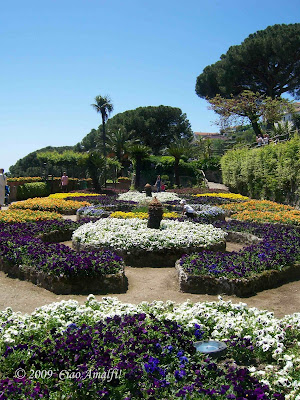 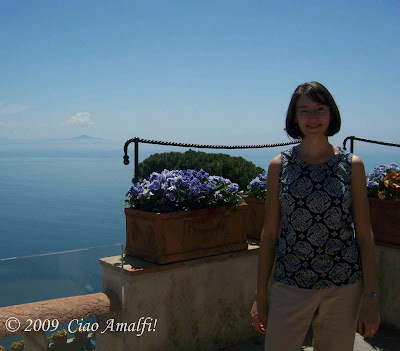 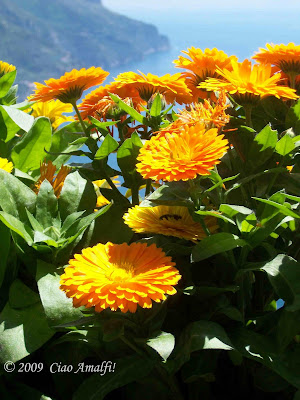