Just between Maiori and the little village of Erchie the Amalfi coastline juts out into the sea and comes to a cape called Capo d’Orso. The means Cape of the Bear. I’ve been told that there haven’t ever really been bears around this part of Italy. Instead, the name seems to have come from a unique rock formation that looks like the head of a bear looking down the coastline in the direction of Amalfi. While I’ve seen it many a time coming around one of the curves in the Amalfi Coast Road, I’ve never managed to get a photo of it. Recently, on the way back from a shopping trip to Salerno, I asked my husband to stop so I could take some photos. One of the advantages of the winter … less traffic! I finally got a closer look at this so called bear at Capo d’Orso.

Usually it’s the view from Capo d’Orso that would be described as breathtaking. As I walked around the curve to take a few photos I was very nearly knocked over by the wind. It quite literally took my breath away! After I braced myself and took the photo below, I got into the car gasping a bit. I didn’t feel back to normal until we reached Minori!

While the cold wind was a bit intense to stop for long to see the view, it did bring with it a beautiful and strange blue that the sea turns when the north wind blows. I was happy to enjoy the colors from inside the car the rest of the way home! I’ve been asking around trying to find out about how long this cape has been called Capo d’Orso. I suspect it might be as recent as when the Amalfi Coast Road was built before 1850 since the bear isn’t clearly visible from the sea. I’ll report back if I find out more! 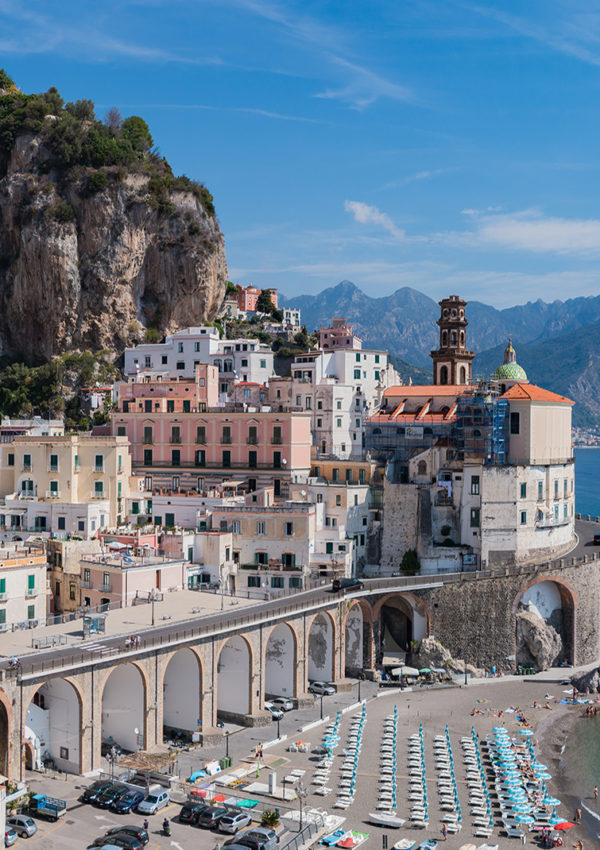 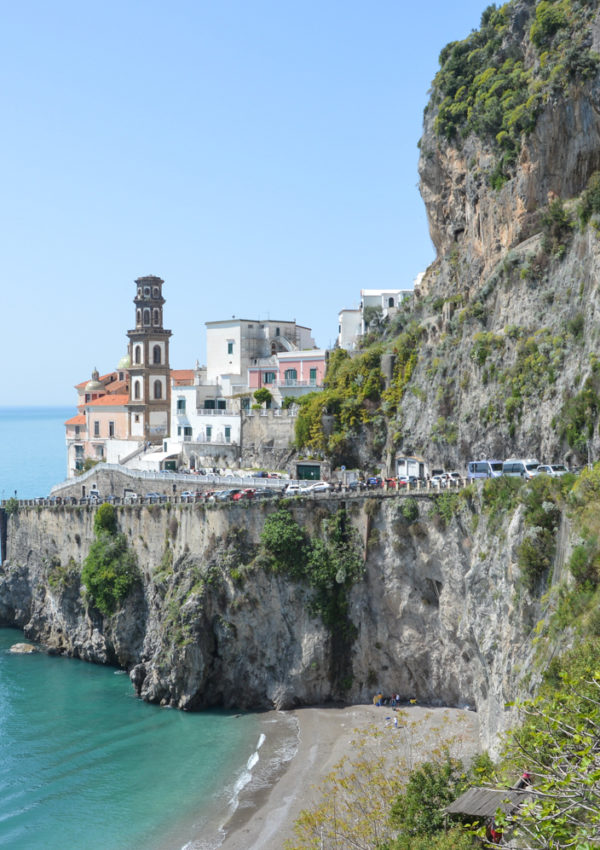 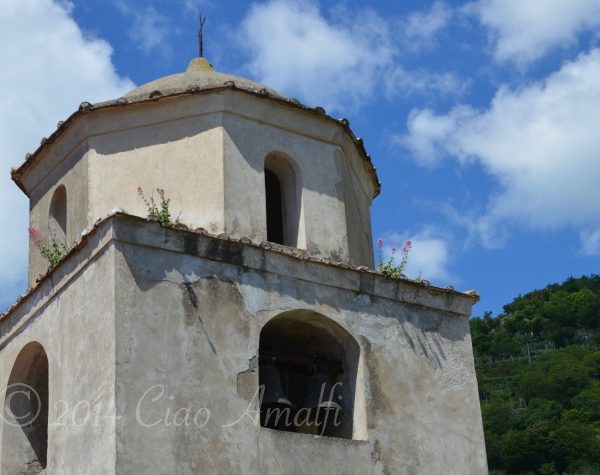 Pink Flowers on the Bell Tower 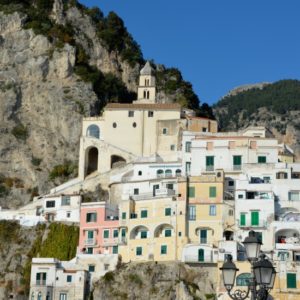