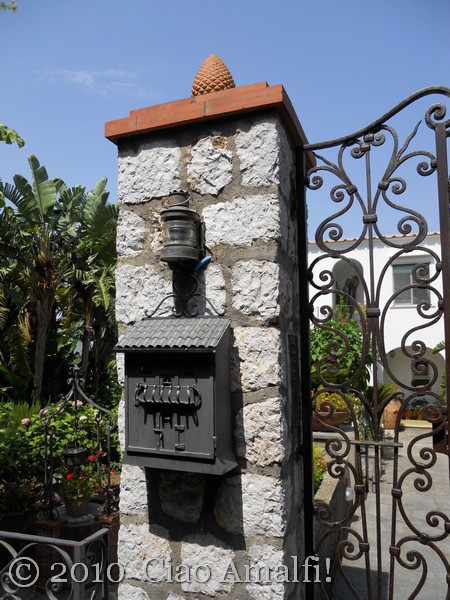 It doesn’t take long to feel at home on the Amalfi Coast. I imagine many travelers experience the same feeling of familiarity and comfort when they first arrive, just as I did in February 2007 when I first visited Amalfi. There’s a warmth, openness and curiosity for foreigners in many of the locals on the Amalfi Coast, which is an undeniable part of that welcoming feeling so many people find here.

Speaking only a few words of Italy, it was certainly very welcome to me when I started spending more time on the Amalfi Coast! With a smile and a few words scribbled down in Italian on a piece of paper, shopping soon became a little less scary as the lady in the shop nicely corrected my pronunciation of “CI-polla” to “ci-POlla” when I needed onions. I didn’t understand anything anyone said to me, but slowly I began to learn a few words.

It was hard, however, not to feel like an outsider when I didn’t know how to do simple things that I’ve never had to put much thought into before, like interpreting the bus schedule or buying herbs at the market. Every expat goes through these feelings, I believe, and I imagine everyone deals with them in different ways as well. I chose to focus on the little victories – the first time I got up the nerve to go into the butcher on my own, the first time I carried out a transaction at the post office in Italian, the first time I felt confident enough to start up a conversation with a stranger, actually being able to figure out that blasted bus schedule. With each success, I felt a little more at home.

I’ve been reflecting a lot lately on that very feeling. What is it that makes a person feel at home? It’s a familiarity that comes only with time, but it’s something much more than simply living in a place for a certain period of time. For me, it has more to do with the way a place resonates within you through its sights, sounds and scents. Whether it’s the “invisible scent of lingering lilacs,” as it was for Proust, or simply the comforting view of the street where you grew up playing and laughing as a child, its those very personal experiences and memories that define home.

But, more than anything, I’m starting to realize that home is where you’re happy. Yesterday evening I was out running some errands on the motorino before coming home. As I was riding along a beautiful road in Ravello overlooking the Amalfi coastline, I saw very clearly how, without even realizing it, my life has become interwoven into the panorama of daily life here. That even though I’m still a foreigner, I have started nevertheless to find my place. I smiled as a swerved around a vigilessa (a local policewoman in charge of traffic and city regulations) who had stopped in the middle of the road to take a picture of a nicely dressed couple with the stunning backdrop of the Amalfi Coast behind them. I smiled and beeped the horn as I passed Gaetano, who sells the sweetest peaches I’ve ever tasted. Around the next corner came a tilting Piaggio Ape, one of those tiny three-wheeled Italian vehicles, loaded at least twice its width and three times its  height with bales of hay. I laughed out load hoping that he would make it to wherever he was going with all that hay.

This is it, I thought. It doesn’t have to be complicated or philosophical or romantic or any of the thoughts that have been going around and around in my mind lately. Although I read Michelle Fabio’s words back in February this year, they suddenly clicked. “It really is the simple, stupid,” I thought. As I parked the motorino and walked down the steps to home, I smiled realizing that I had already found my home on the Amalfi Coast without really even knowing it.