Walking through the narrow streets of Amalfi, navigating its passageways and staircases, is a journey through time. Especially in the quiet moments, you can almost hear that these old stones speak stories. These are the stories of countless people—yes including you—who have followed these same steps. Located in the historic Arsenale di Amalfi, the newly redesigned Museo della Bussola e del Ducato Marinaro is the place to experience Amalfi’s rich past. Opened at the end of July, a visit to the Museum of the Compass and Maritime Duchy offers you the chance to step back in time to the glorious days of the medieval Republic of Amalfi.

“And then there is Amalfi, the most prosperous city of Longobardia, the most noble for its origins, the most illustrious for its conditions, the richest and most opulent. The territory of Amalfi borders that of Naples, which is a beautiful city, but less important than Amalfi.”

Dating back to 1042, the Arsenale di Amalfi is the only remaining medieval naval shipyard still open to visit in the west. Even more incredible, the majority of the structure, with its two long cross vaulted naves, is largely original. It was here that trade and war ships were built for Amalfi, which was the earliest and one of the most important sea republics in Italy. Just imagine what these stones have seen!

While the setting is one of the most historic spots in Amalfi, the Museo della Bussola e del Ducato Marinaro takes a modern and interactive approach. The overall effect, as explained by architect Vincenzo De Luce, was to create an engaging museum experience while preserving the structure of the Arsenale as an object itself. Lighting and creative displays were designed to exalt the architectural qualities of the space while narration on the walls was kept to a minimum. Instead, you’ll find carefully designed information panels and a touch screen where you can explore the history of Amalfi.

Stepping inside the museum, your eye is drawn down the first long nave of the Arsenale to the colorful historic galleon Vittoria, which has been beautifully restored. This 36-foot long wooden boat was used by the Amalfi team during the Regata Storica delle Antiche Repubbliche Marinare until new boats were made with more modern materials. Weighing in at 800 kilograms, it has pride of place in the museum and is named Vittoria (Victory) since it was the boat used by the Amalfi team for its very first Regata win.

But before taking a closer look at the galleon, start your visit in the right nave of the museum where four display cases—purposely designed to give the sense of boats coming and going—display archaeological finds that were recovered from the sea and locations along the Amalfi Coast. The cases and larger archaeological pieces on display are evocative reminders of the many travelers and traders navigating along this beautiful coastline since Roman times. Take a closer look and you’ll see containers and amphoras from Sicily, the orient and Arab locations, which provide physical representation of just how far and wide Amalfi’s connections spread in the Mediterranean.

Continuing through the museum, you’ll learn more about the golden age of Amalfi, from the 9th to the 12th centuries, when Amalfi’s ships criss-crossed the seas and this small but powerful city state created a lasting impact on navigation. You’ll see examples of Amalfi’s money, the tarì, which was accepted in all the main ports in the east and west. Then peer into the pages of the Tabula de Amalpha, the first maritime laws for sea navigation that were in use until the end of the 16th century in all of the Mediterranean. And, of course, there are compasses to be seen. Amalfi’s sailors were among the first to use—and more importantly perfect—the compass for sea navigation in the west.

Tucked away in the back of the museum, take time to stop and really look at the incredibly detailed 3D model of 13th-century Amalfi. This model is the result of years of work and a tremendous collaboration with Amalfi historian Giuseppe Gargano, architect Salvatore Esposito, the Centro di Cultura e Storia Amalfitana, and so many more local residents and sponsors. Stitching together maps, documents, and historic elements from the urban landscape of Amalfi, the model gives an accurate representation of the city with its protective walls and watchtowers, churches, and homes. What’s remarkable in so many ways is how much is the same – from the 13th century to today!

During the opening of the museum, Enza Cobalto, Amalfi’s council member for Culture and Cultural Heritage, Events and Traditions, described the museum as a representation of the city’s rich history – not just a museum to place objects, but a place with heart. Nowhere did I feel the importance of this museum for Amalfi more with this remarkable 3D model of the city. During the opening, a friend passed by while I was awkwardly peering in the case from behind. He encouraged me to come look on the front side for a better view, but I pointed and said, “Look there’s my house!” During the opening, the 3D model display case was surrounded with locals absolutely captivated by their city, their home.

Now it’s your turn to come and take a closer look! You’ll find the Arsenale di Amalfi and new Museo della Bussola e del Ducato Marinaro right in the heart of town just off of Piazza Flavio Gioia. Look for the the arched opening and step inside the darkened entrance to another time. The museum is free to visit and you’ll also find an Info Point located inside. 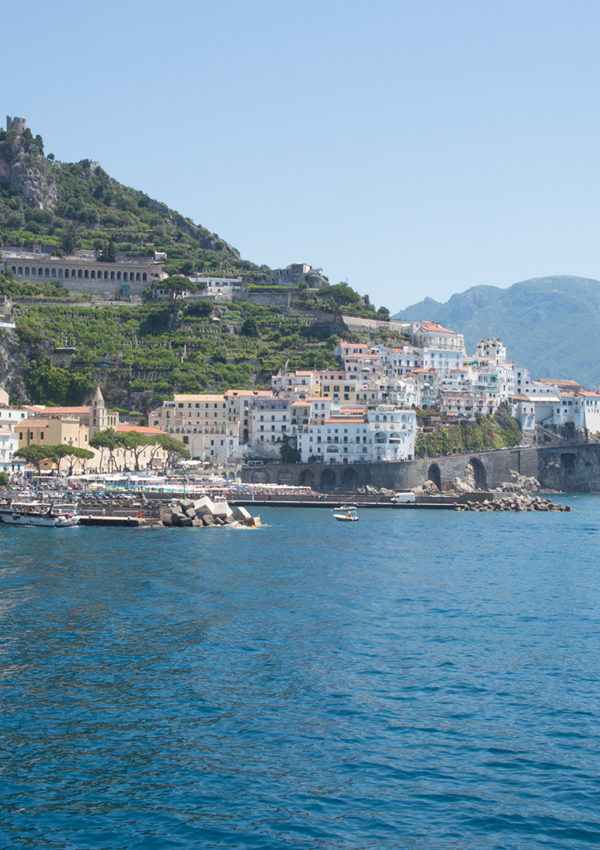 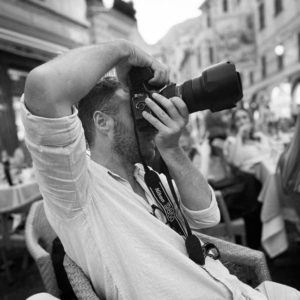