When I stepped off the boat in Salerno the rain was gently falling and I realized I was not at all where I thought I was. Perhaps it was due to the maltempo, or bad weather, but the boat I was on from Amalfi stopped at the Molo Manfredi instead of the Porto Turistico in Salerno. The problem being that the the former was on the opposite side of Salerno from my destination, while the Porto Turistico was just around the corner. “Oh well,” I thought, “At least I know where I’m going and it’s not raining very hard.” Ever the optimist, right? Well, in this case it turns out to have been a fortunate turn of events! After walking for a few minutes I found myself amidst a crowd of umbrellas. Hundreds and hundreds of umbrellas! Everyone was heading toward the San Matteo procession, and I realized I hadn’t arrived too late at all. It was perfect! I followed the crowds of umbrellas along the palm tree lined waterfront of Salerno toward the town center. When I heard the applause and music I new the procession was near and that it was time to make a dash in from the waterfront. I found a spot where I had a good view through the umbrellas, and I stopped to watch the beautiful procession go by. Want to watch along? Pull up a chair, and follow along with me. The best part is that you don’t even have to get out the umbrella!

The procession for San Matteo includes six statues, each one carried by a group of men and followed by a marching band. The first three represent three early Christian saints – San Gaio, San Fortunato and Sant’ Ante – whose relics are now held in the Duomo of Salerno. Here are the first two to go by – San Gaio and San Fortunato:

And then Sant’ Ante:

Here is the statue of Pope Gregorio VII, who is buried in the Duomo of Salerno:

The statue of San Giuseppe (Joseph) is very popular, and is greeted with applause from the crowds of faithful lining the streets and balconies:

And finally the beautiful San Matteo (the palm trees are an interesting touch, no?):

Followed by about a zillion umbrellas! I had to close mine and dodge through the crowds to get back down to the waterfront. I read in the newspaper the next morning that the procession was almost cut short because of the bad weather, but the Archbishop decided not to change it so as not to disappoint all of the faithful who had arrived to follow the procession and see it go by. I am very happy my unexpected walk across Salerno gave me the perfect chance to see this moving procession. I hope you enjoyed virtually watching it go by with me! 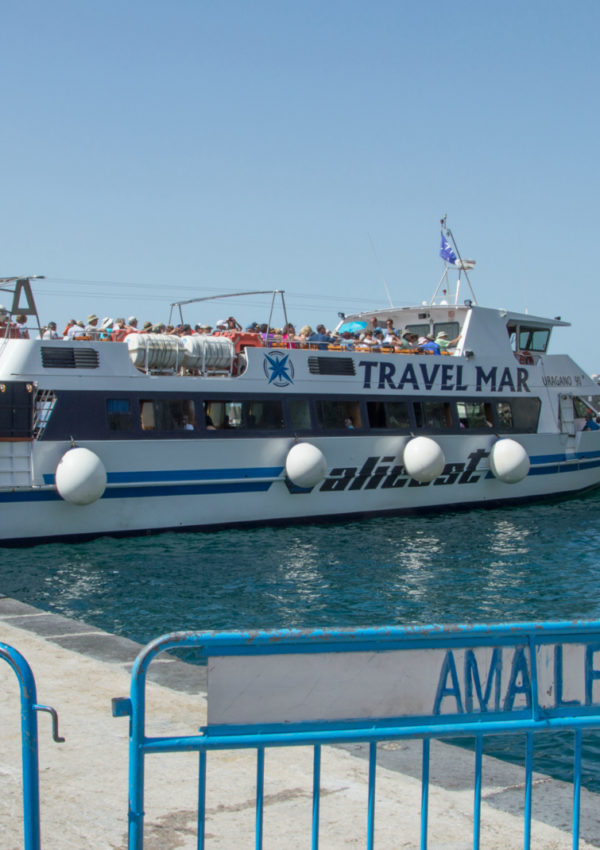 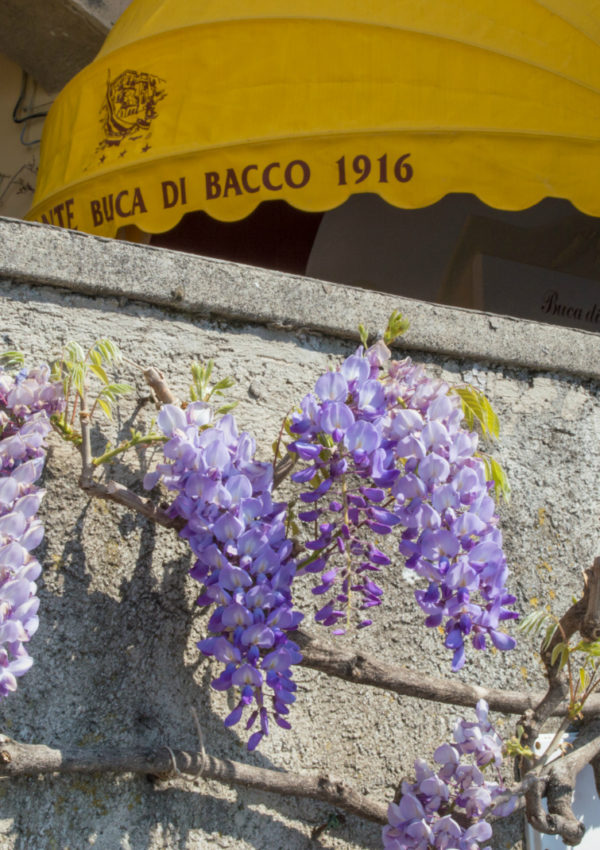