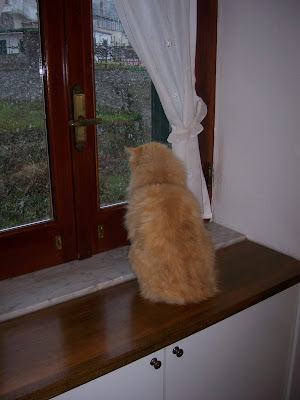 While I was at the desk writing this morning, something strange outside the window caught my eye. “Are those snowflakes?” I thought. Yes, it was actually snowing out my window! I thought the first few snowflakes would be the end of the story, but for about two hours it got increasingly heavy until the ground was covered. From the inside of the house, with a cup of warm tea and a cat equally interested in the white stuff falling from the sky, it was a beautiful snow. It snowed primarily higher at higher elevations in the mountains, and I am not sure if it even snowed much at all down at sea level in Amalfi or Positano. But Ravello and Scala got some snow for the first time in, I think, about four years. (Correct me if I am wrong, please!) Here is a video of the snow out my window:

I ventured out after the snow stopped to take some photos. (Yes, just an excuse to play in the snow!) Here are some: 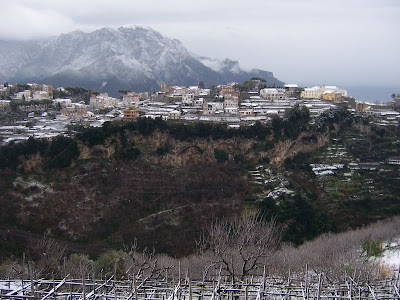 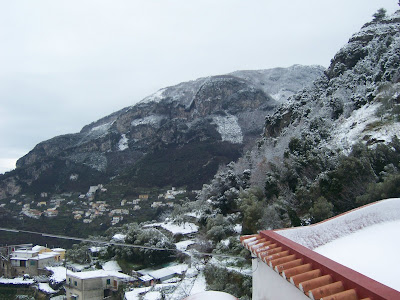 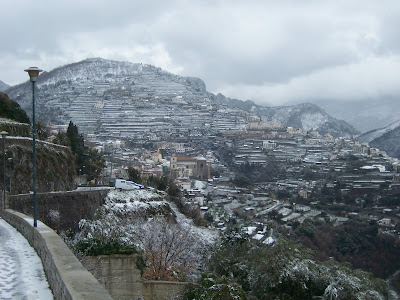 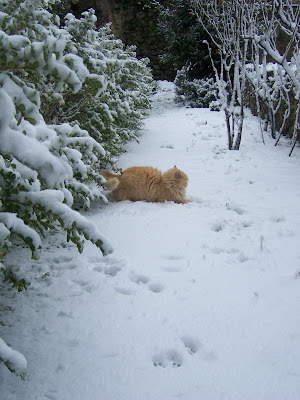 Puffy in the snow

The wind is howling now, and what snow melted has turned to ice on the steps and the garden sidewalk. It is going to be a cold, cold night on the Amalfi Coast!

Tempting Tuesday: Sunset on the Way to Salerno
Howdy from Nebraska!
The power of the sea

Le Frane on the Amalfi Coast