A View to Vesuvius 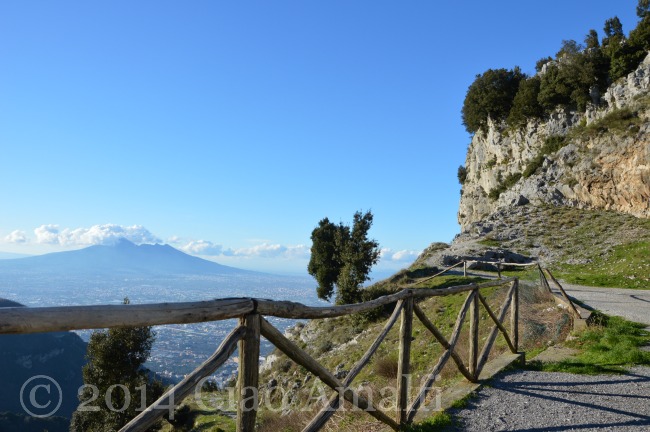 A view of Mt. Vesuvius from Chiunzi Pass

From the Amalfi Coast there are a few ways to reach Naples, but from Amalfi the quickest and easiest is via the Valico di Chiunzi, a pass across the Lattari mountains connecting the Amalfi Coast to Naples and the surrounding area. From Ravello, the road climbs higher and deeper into the mountains until you glimpse down and across the valley where Tramonti sits divided into a handful of different frazioni, or hamlets, decorating the mountainside. Once you reach the top of the pass and find a round about, giving one final glimpse down toward Tramonti and the Amalfi Coast, a few curves more and you catch the first glimpse of Mt. Vesuvius. 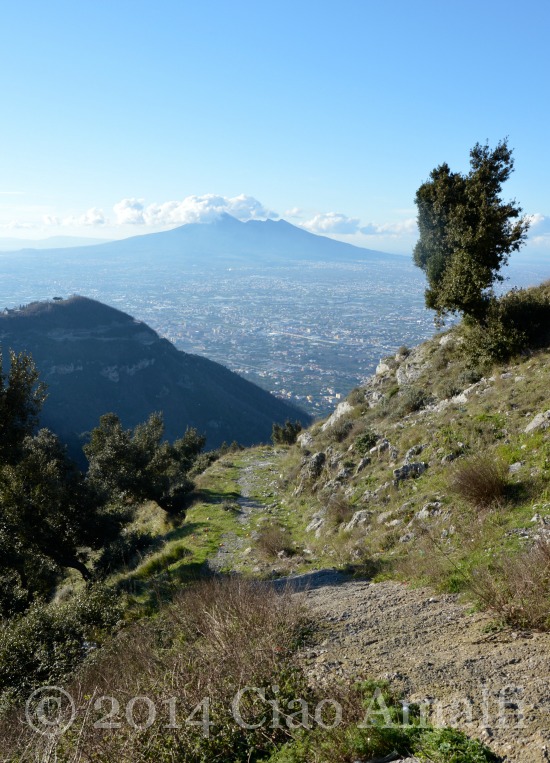 This massive volcano strikes me as small when seen from the top of Chiunzi Pass. Such a different impression than what you get driving along the autostrada from Salerno to Naples and you come around a curve and see Vesuvius looming in the distance. Here it seems so very peaceful and bucolic. Oh, how looks can be deceiving! 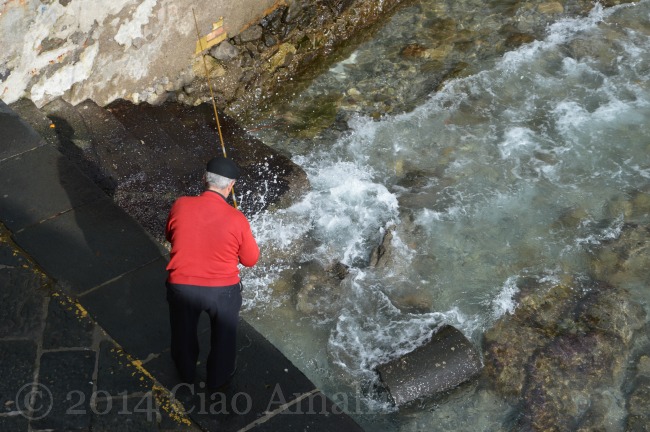 Gone fishin’ on a sunny day in Amalfi

No, not me! I’m not cut out for fishing. Sitting by the sea lost in a book, yes. Fishing, not so much. But I like to watch other people fish. It’s fascinating to me to see the focus, the patience and the connection with the sea. I spotted this gentleman in Amalfi wearing a vibrant red sweater and with all his attention on the task at hand. It’s a moment I’m glad I captured as it’s one I’ll treasure for a long time. Wishing you a wonderful weekend with plenty of time to enjoy doing what you love!

Return to the Sea 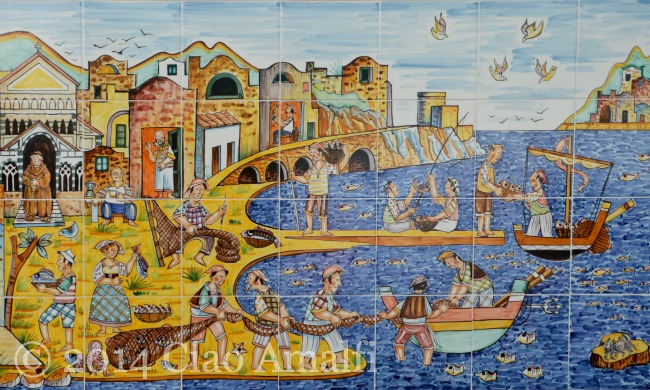 The people of Amalfi have always had a strong connection to the sea. Not just because of the town’s geographic setting, but because of something that seems to run deep in the blood. This is the something that led those Amalfitani in the Middle Ages to head out across the sea to other parts of the world, to sail those same seas home again and then turn around and do it all over again. And we’re not talking a day trip to Capri here. Try Africa, Byzantium and Jerusalem. 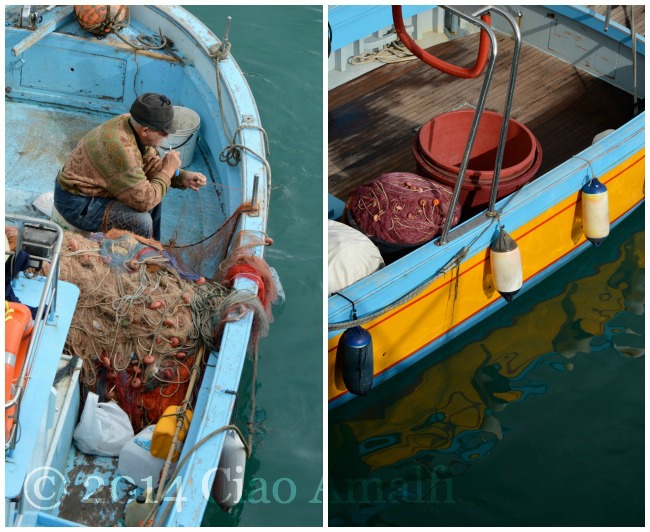 Preparing the fishing nets for the spring

Over the centuries, the sea has meant livelihood in many different ways for Amalfi. While trading and fishing aren’t the center of life as they one were, the sea is still a livelihood for many people in Amalfi – from the remaining fishermen to the companies that rent boats to tourists in the summer and the workers on the ferries that do make those day trips to Capri. More than work, however, it’s the sea itself that rejuvenates the soul. I can’t even say at this point how many times I’ve heard Amalfitans that now live elsewhere return home and comment on how they miss the sea, the expanse of it and its salty scent. It’s just not the same anywhere else. 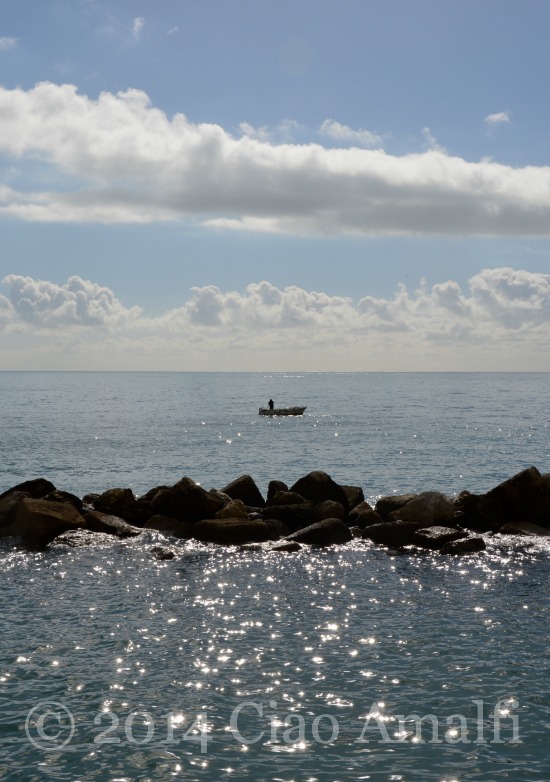 Setting off in the springtime sunshine

By the end of February you can feel a bit of anxiousness in the air. When the sun glimmers across the sea and the weather gives those first signs of spring, it’s hard to keep the people of Amalfi away from the sea. It’s time. 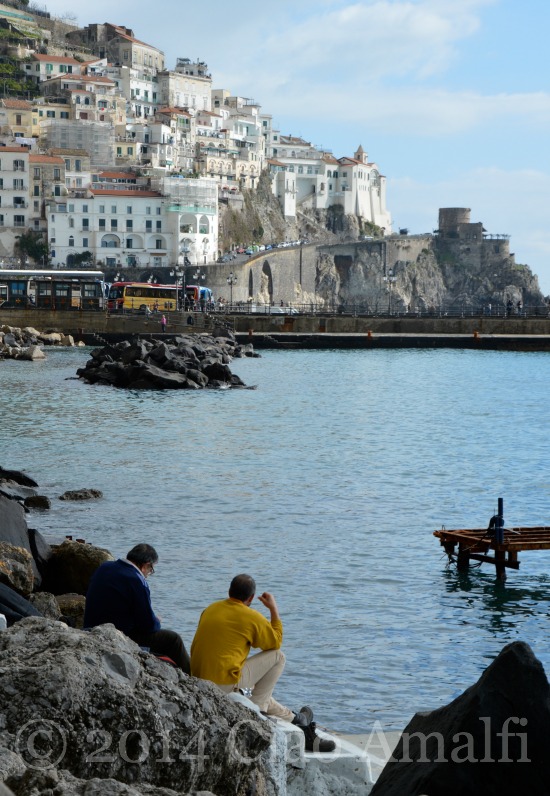 Sitting by the sea

While there are those few and brave who swim pretty much year round and fish throughout the winter, the majority of Amalfitans wait for the weather to indicate that it’s springtime again. In the meantime, life still takes place near the sea – from conversations with friends, to afternoon walks and kids kicking the soccer balls around and learning to ride their bikes. 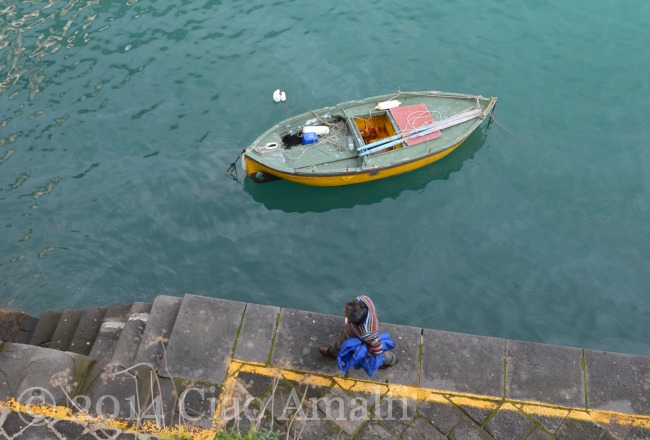 An early springtime walk in Amalfi

I love this time of year in Amalfi watching all the little changes — in the town and the people — as the seasons change and spring arrives. Over the years I’ve absorbed some of that connection with the sea, but it will never be quite like the people who were born here. It’s tradition, it’s history and it’s love. 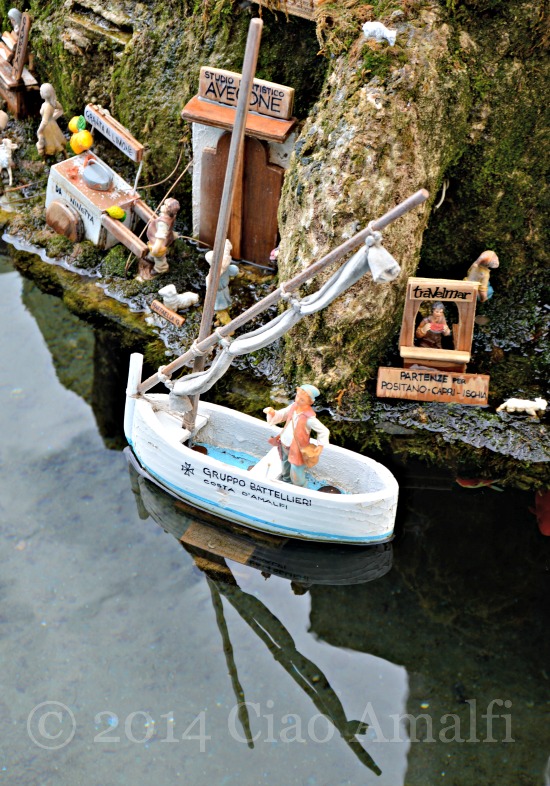 A charming fishing boat (and tickets to Capri & Positano!) in a fountain Christmas nativity in Amalfi