Tempting Tuesday: In Love with Venice by Cecil Lee

While Venice might not be geographically all that close to the Amalfi Coast, it is a place very close to my heart. The first time I traveled to Italy, I visited Venice and only Venice (with a little jaunt to see the Museo Ferrari in Maranello), and it was a memorable trip. For this week’s Tempting Tuesday, Cecil Lee, an avid traveler and photographer, tells us about his experiences visiting Venice earlier this year.

One of the cities that I love most in Italy is definitely Venice. Venice is composed of 118 small islands separating by canals. It is sited along Adriatic Sea in Northeast Italy. Not unexpectedly, it is also the most valuable island in Italy as researches tell us that Venice is sinking by 5mm each year and by the year 2050, most parts of Venice will be underwater! In fact, many parts of the city are already sunken into water and long vacant. When I was there last summer, St. Mark’s Square, the most famous landmarks in Venice, was partly flooded in the morning during high tide. 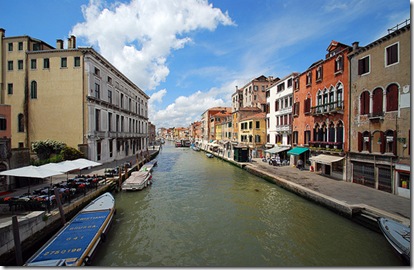 How should I describe Venice? I was stunned and amazed by the beautiful scenic view of the city when I first visited the island. The whole city is surrounded by sea and divided by canals. Naturally, the main means of transportation there is by water. Most of the great buildings are not new. They were constructed centuries ago and many of them are already partly sunken into sea water!

Tourists attractions are mainly concentrated along the main waterway, Grand Canal of Venice. Hotels, restaurants, shops and pubs are spread along it and around the Rialto Bridge. But I like to explore further into the local lifestyle, by walking away from the tourists spots without the worry of getting lost. There are always signs showing the direction back to Rialto Bridge or Piazza San Marco. Drinking coffee and eating home made pizza with Venetians in any of the local cafés and restaurants is definitely exciting and rewarding. 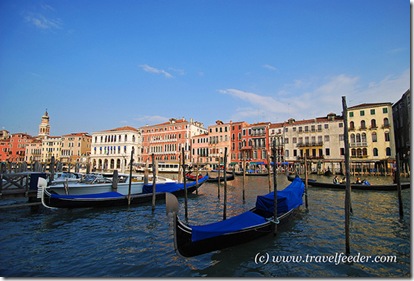 Of course, I love also those main tourists attractions in Venice, such as St. Mark’s Square, the Bridge of Sighs and the Rialto Bridge. Make sure you bring enough memory SD cards, because I snap, snap and snap not less than 1000 photos when I was in Venice! The sky was so blue and clear, the sunlight so bright and beautiful and my photos all turned out fantastic. Though the sun was hot, I could always cool down by eating gelato after gelato! 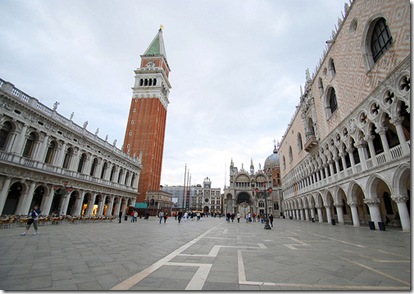 Having coffee at the outdoor seating of the famous Florian coffee bar in St. Mark’s Square, listening to live violin music and witnessing the colors of the sunset in front of the historical St. Mark’s Basilica was an enchanting experience.

I love also the romantic setting all over Venice especially the gondola ride along the Grand Canal, which definitely will make your stay in Venice a memorable honeymoon trip. The environment there is perfect for falling in love, so be careful who you go to Venice with!

Whoever has seen Venice will definitely want to go back for more. I’m certainly one of them…

Cecil Lee is an avid traveler who is also a passionate travel blogger and travel photographer living in Kuala Lumpur, Malaysia. He writes about travel for MNUI travel insurance and on his own travel photo blog, Travel Feeder.

Have you been to Venice? What do you remember most? 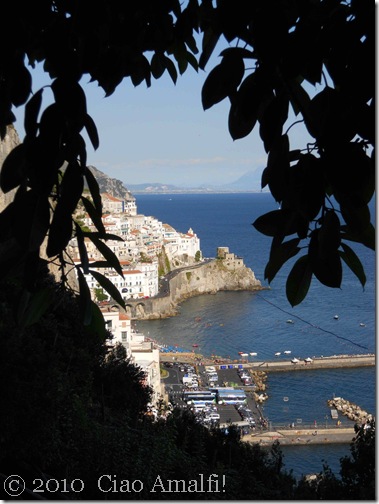 Sometimes I think a partial view can be even more alluring than a total or unobstructed view. It taps into that feeling of excitement that comes from peeking through a keyhole or a garden gate into another world—perhaps forbidden—just beyond.

That’s how I felt recently when I caught this passing glimpse of Amalfi while walking among the beautiful terraces at the Grand Hotel Convento di Amalfi. Located high above Amalfi in the former Convento di San Pietro della Canonica, a monastery founded in 1212, this hotel just reopened to the  public in 2009. I’ve been curious to get a look at the restoration and remodeling firsthand, and a few weeks ago that happened. I toured the hotel quickly, and then did the appropriate amount of gawking over the views of Amalfi from the terraced gardens. The whole environment, indoors and out, is decorated in a modern and restrained style very much in keeping with the origins of the building.

And the views? Let’s just say this is only a glimpse of how glorious they are!

For this week’s Favorite Italian Films series, I’m pleased to welcome Cherrye Moore from My Bella Vita to share with us her favorite Italian movie … and a great language learning tip, too!

Many multi-linguists—my Italian husband included—will tell you that watching foreign movies is vital to your language-learning success … and I believe them. My husband and I met 10 years ago and—bless his heart—a word or two of choppy English was all he could muster during our first encounter.

He’s now fluent in English and is living proof foreign films and programming can improve your knowledge of a language, so it didn’t take me long to jump on that bandwagon when I moved to Italy. I had been here only a few months and was home alone one night … no one to talk to on the phone, no must-see show on TV … no sheep waiting to be counted to lure me asleep.

Since I find it prohibitively tedious to watch English movies or TV programs that have been dubbed into Italian, I went through his personal DVD collection and selected—what would soon become—my favorite Italian movie ever … La Vita è Bella. 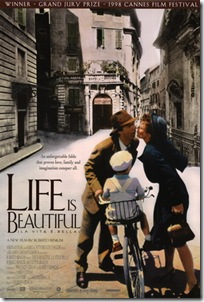 La Vita è Bella, or Life is Beautiful, as the English-language titles goes, is the story of a young Jewish-Italian man named Guido, who is portrayed by one of Italy’s most famous comics, Roberto Benigni (who also directed and co-wrote the film.) The movie has two decidedly different halves-the first distinctively Italian in its silly and playful nature-the second, serious … foreboding … heartbreaking.

At the beginning of the film, Guido arrives in Arezzo and charms his way into the life of a young, beautiful aristocrat named Dora, who is played by Nicoletta Braschi, Benigni‘s real-life wife. Throughout the first part, Guido tries to woo this wealthy woman from her well-to-do fiancé, as he struggles to open a bookstore while working at a restaurant in his uncle’s hotel.

The second part of the movie brings World War II, Germany has invaded Italy and Guido and his family find themselves prisoners in a concentration camp.

I laughed. I cried. I laughed while I cried … I cried while I laughed, I experienced a smorgasbord of emotions I never knew a film could evoke.

While I would love to continue on with a more thorough review of the film, I cannot in good faith-lest at least one of you has not seen it-tell you anything else. Part of the beauty of this movie is not knowing what will happen, whether Guido will steal Dora from her mean-spirited fiancé, what will happen to Guido and his family once they are taken prisoners. How they will make it out alive … or if they will.

Even if you don’t speak the language, I urge you to watch this film in Italian-with English subtitles, as part of the charm and Italian nuances truly are lost in translation.

Awards (as taken from Wikipedia)

The movie won the Academy Award in 1999 for Best Music, Original Dramatic Score and Best Foreign Language Film and Benigni won Best Actor for his role as Guido Orefice. The film was additionally nominated for Academy Awards for Directing, Film Editing, Best Picture and Best Original Screenplay. Benigni’s win for Best Actor made him the second person to direct himself in an Oscar-winning performance.

Have you seen La Vita è Bella? What did you think? Were you as in love with Guido as I was throughout the film?

Cherrye Moore is an American freelance writer and Calabria travel consultant living in southern Italy. She writes about travel for MNUI Travel Insurance and about traveling in Calabria on her sites, My Bella Vita, and Il Cedro B&B, the website for her bed and breakfast in Catanzaro. 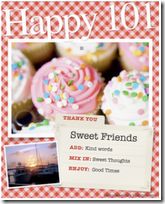 Earlier this summer the lovely Leanne over at From Australia to Italy gave me this fun Sweet Friends blog award. Grazie, Leanne!! According to the rules of this blog award, I must list 10 things that make me happy and pass on the award to 5 others. Can do, Leanne!  Here we go … in no particular order and deliberately not thinking too hard …

#1 – Raspberries. Yes, exactly like that opening scene of Amélie.

#2 – Fats Waller singing just about anything. This will do: 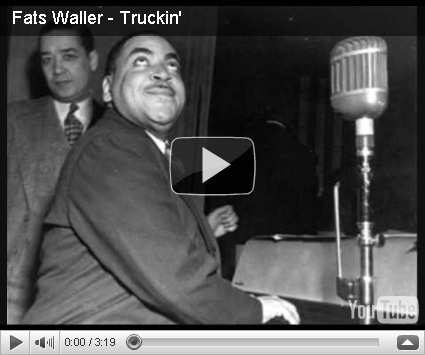 #3 – A beautiful morning on the Amalfi Coast. Sigh…

#7 – The sound of little pebbles washing back and forth in the sea.

#8 – The smell of sheets that have been dried in the sun. 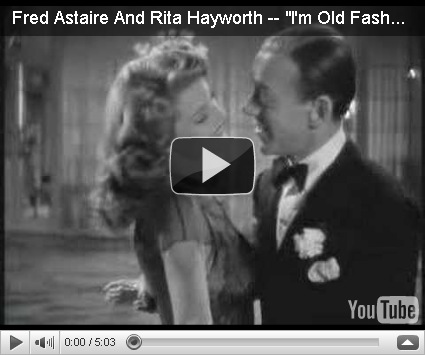 (Did you know he actually was from Omaha, Nebraska? I am strictly from corn, too.)

Now that I have your toes tapping and made you hungry for guacamole, here are the five blogs I would like to share this award with. You all make me happy, too!

#1 – Anne from Anne in Oxfordshire

#5 – Linda from News From Italy

Photo Friday: A Room With a View 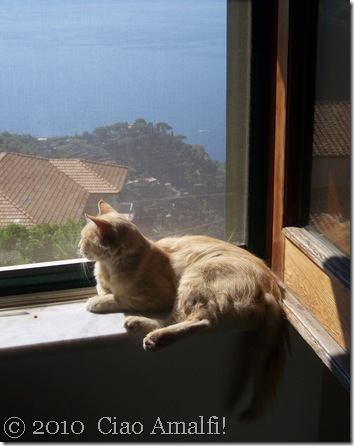 The other morning I didn’t see Puffy as he snuck out of the kitchen while I was cleaning up after breakfast. Instead of finding him in his usual window in the  living room, I found him instead squeezed onto a much smaller windowsill in a nice sunny spot. Smart cat! It’s been a wild couple of weeks for Puffy as he took his first trip in the car and made it through all the twists and turns of the Amalfi Coast road to the vet’s office in Minori. His eyes were understandably wide, but he didn’t protest once. That is, until he met the vet!  He was a trooper for the neutering surgery and recovery. I think he’s actually been enjoying the extra attention, and he’s now back to his sweet, affectionate self. I thought he needed a little extra love on the blog this week after his recent adventures!

Happy weekend to everyone!