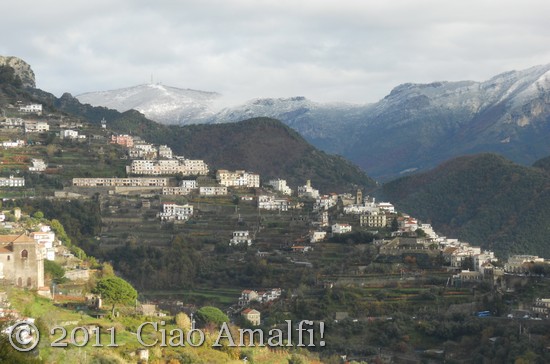 Yesterday morning we woke up to find a dusting of snow on the tops of the Lattari Mountains high above the Amalfi Coast. It was a beautiful sight in the morning sunshine. It doesn’t snow often down at lower altitudes, but I do love the wintery setting of seeing it on the mountaintops. The snow doesn’t stick around long, and most was already gone by this morning. It’s just one of those lovely little moments of nature to enjoy! 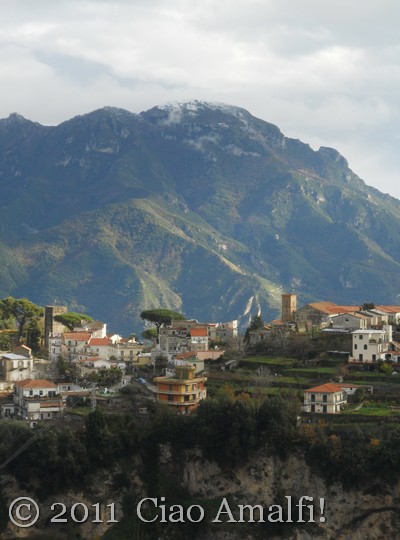 While out and about, I snapped a few photos of the snow on the mountains near Ravello (above) and Scala (below). There was quite a bit more in the mountains just above Scala, and it wouldn’t have taken very many degrees colder to have snow right in town. 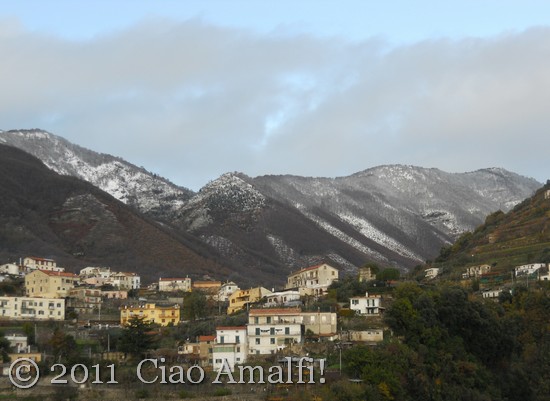 With autumn colors still lingering, I must say it was nice to have a touch of winter in these days leading up to Christmas. The mountains above Scala were such a beautiful sight, and it finally started to feel like winter around here! 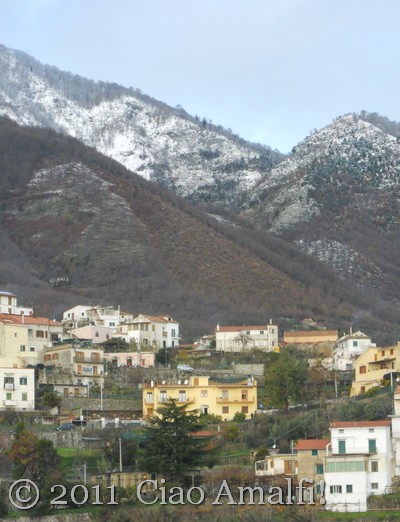 From Ravello I could spot the Convento di San Nicola in the mountains high above Minori. It looks like the trees had a light dusting of snow, but the mountain peaks behind were white. 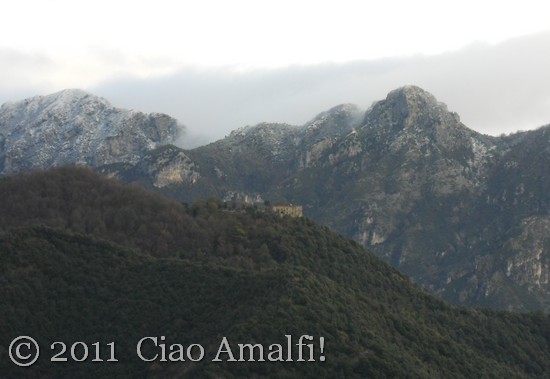 From the Piazza Duomo in Amalfi you could also see a nice view of the snow dusted mountains high in the valley above town. Winter has finally arrived on the Amalfi Coast! 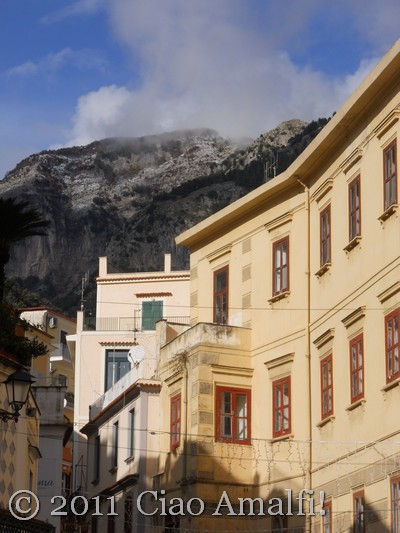 But the snow melts away just as quickly as it arrives, so it doesn’t look as though there will be a white Christmas on the Amalfi Coast. Will you have snow for the holidays this year?