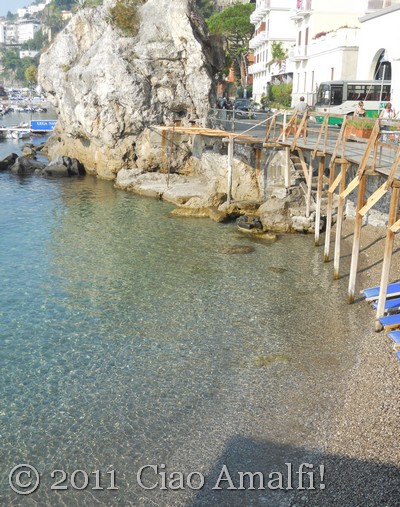 Amalfi has two larger beaches on either end of the town, the long and pebbly Marina Grande beach and the rocky Le Sirene beach behind the port. If I’m looking for a lively beach atmosphere, I head to the popular Marina Grande. For a bit more seclusion and quiet sun bathing, I go to Le Sirene. In between these two beaches along the port of Amalfi, you’ll find three other small beaches where few tourists stop. My favorite spot for swimming in Amalfi is the tiny La Marinella beach, located next to the restaurant with the same name and not far from where the boats to Positano, Capri and Salerno depart. This tiny beach is very popular with the Amalfitans, who stop to lament every spring during the evening passeggiata that the pebbly beach is getting smaller and smaller. In recent years they have been building a deck over the top of the beach to provide more sunning area, which has been a big success. 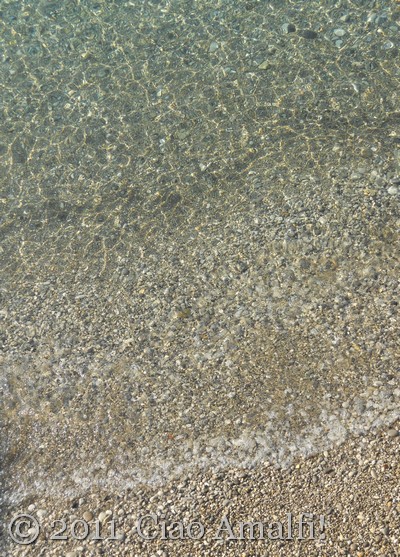 The allure of La Marinella is the calm, crystal clear water – just like a pool as the locals say! The way it sparkles in the sunshine is incredibly tempting on a hot summer day. Since the beach is small and quiet, this is a popular spot for families with young kids, who tend to come first thing in the morning when the sun isn’t so instense. As a result, it can get a bit crowded and noisy during the summer months. My favorite time to swim at La Marinella is in May and late September when school is in session. Last Saturday morning we went there for a swim and were among the first to arrive. 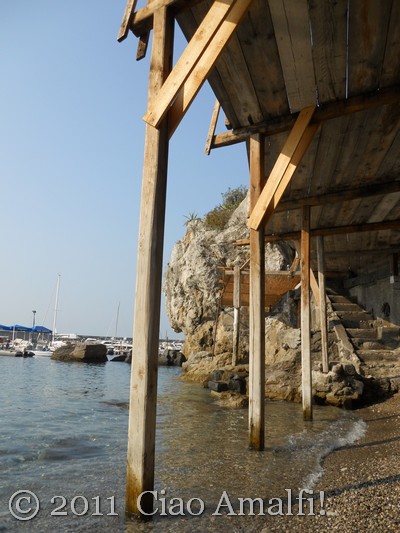 As the port of Amalfi hummed with boats coming in and going out, buses loading and unloading tourists for the day and the shops opening, we enjoyed a moment of absolute calm at La Marinella. 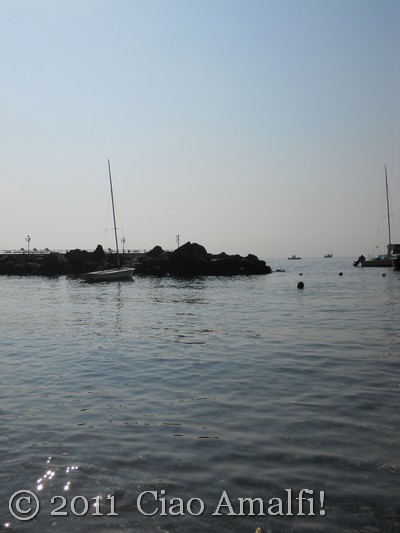 If you’re traveling to Amalfi with young kids, this is a lovely spot for a relaxing swim. The stones on the beach are small, which means it’s a little easier on the feet compared to Marina Grande. Or, if you happen to stroll by on an early morning, when there’s no one about yet, it’s one of the most peaceful places to spend the morning in Amalfi! 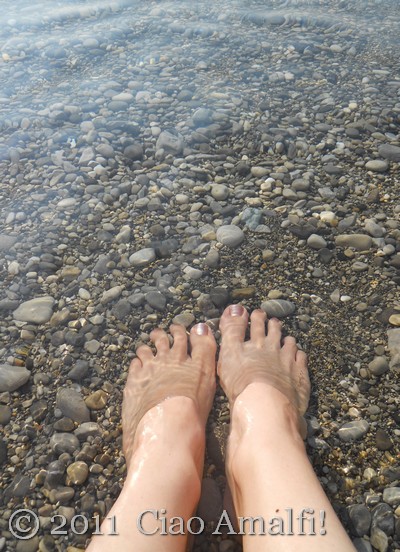