When it’s hot, there’s only one thing to do in the afternoon … nap! The cats have been quite entertaining this past week, seeming to capture the essence of summer in their napping poses. I caught Puffy the other day on the couch, completely abandoned to the summer heat. 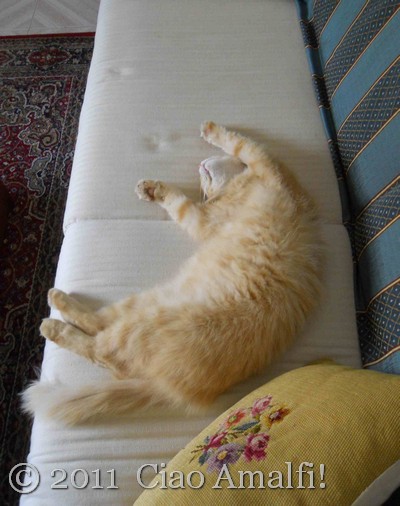 I have to admit I was a little jealous, because this is exactly what I felt like doing instead of sitting behind the computer and writing! 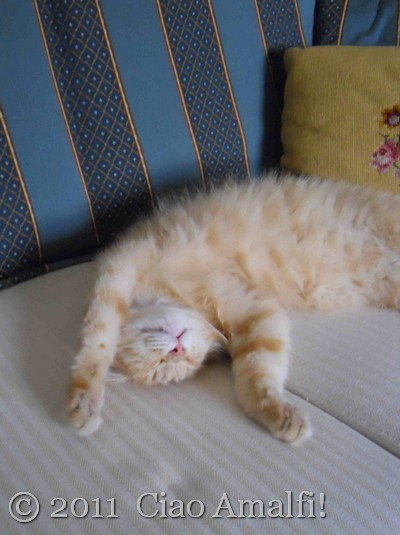 Sometimes they just seem limp … it’s exhausting being a cat on the Amalfi Coast in the summer, I guess. 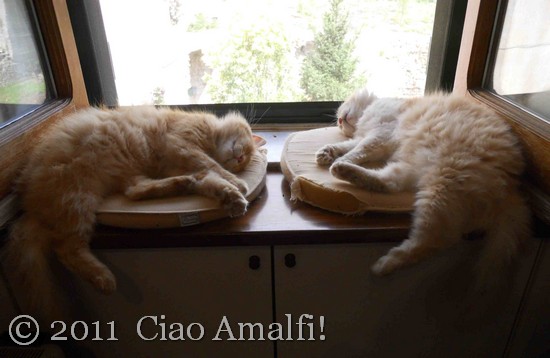 Ocassionally, when it’s not too much work, they cuddle a little bit. But only until one of them wakes up enough to be annoyed with the other, and that usually leads to a little tift. 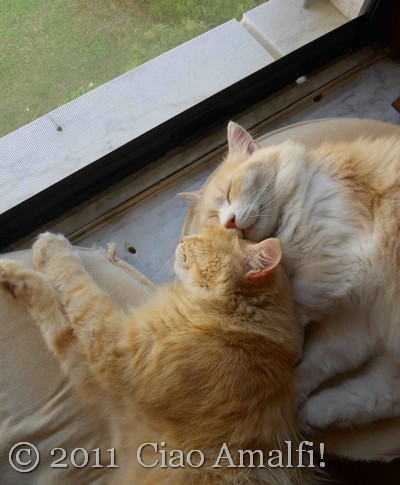 And after all that exertion, it’s time for another nap …

The Broken Shoe
A Saturday in Amalfi
Artistic Garden Cats