Scintilla over at Bell’Avventura picked up on color themed posts around the blogosphere and had a great idea to Think Pink!  October is Breast Cancer Awareness Month, and to bring attention to this important cause Scintilla has shared some lovely pink things from her life in Positano. She has encouraged others to do the same, and I thought it was a great idea! So after the Summer Reds on the Amalfi Coast last week, let’s lighten up a shade for a good cause. This week let’s think pink! 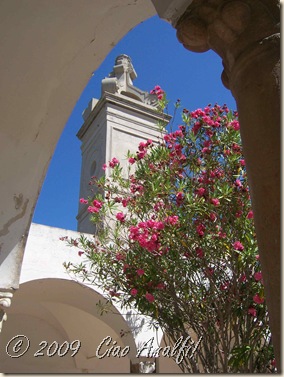 Pink touches at the Certosa di San Giacomo in Capri 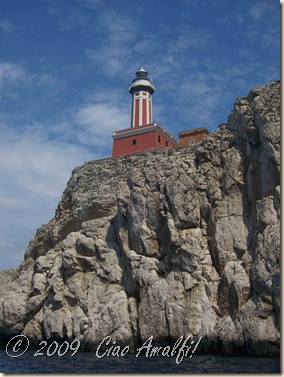 The pink and white of Il Faro (lighthouse), Capri 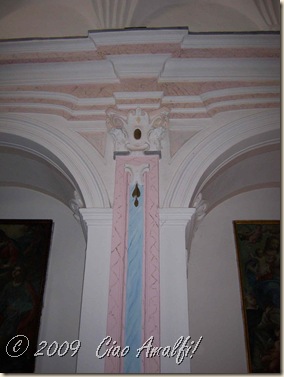 Baby Pink (and Baby Blue) Baroque at the Church of San Giovanni Battista in Pontone. 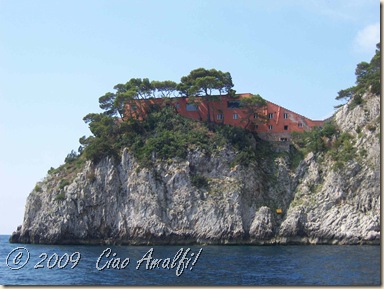 I’m pretty sure Curzio Malaparte wouldn’t like me calling his house pink, but the Casa Malaparte on Capri certainly looks pink to me! 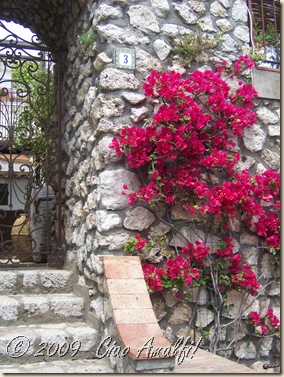 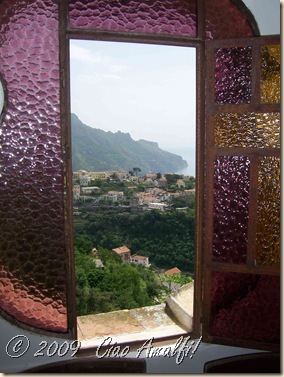 Rose colored glass: View from the window of the Church of San Giovanni dell’ Acqua in the Campidoglio area of Scala. What a view of Ravello and the Amalfi Coast! 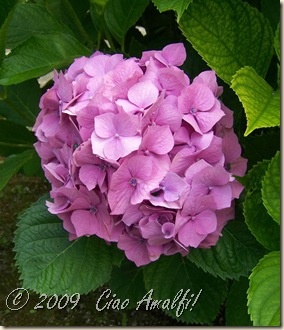 This year I trimmed the hydrangea in my garden too much, and the only bloom that came out was . . . pink!

Here are some important facts from the National Breast Cancer Foundation about why you need an early detection plan:

The best way to fight breast cancer is to have a plan that helps you detect the disease in its early stages. According to the National Cancer Institute:

Tempting Tuesday: The Cloister of Paradise in Amalfi 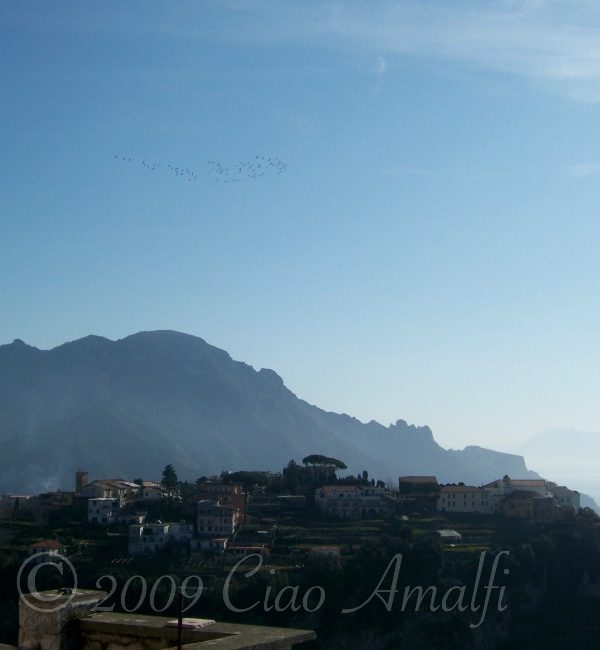 Autumn Arrives on the Amalfi Coast