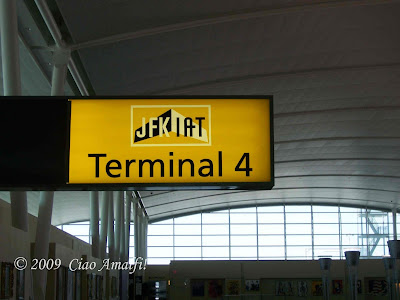 I had somehow convinced myself that my flight for Rome left at 2:30pm. When I got off the plane from Minneapolis last Friday and saw on the flight departure screens that my flight to Rome left at 4:30pm, I very quickly realized my already long 4 hour layover had just become a 6 hour layover. Uffa! Perhaps it was better I had convinced myself otherwise. Rather than sitting and staring or reading, which is what I knew I would be doing on the 9 hour flight, I wandered around and took in the artistic and architectural sites at the JFK airport. There must be something to see, right?

First, I happened across a small exhibition of works by the New York born painter and sculptor Paolo Corvino (1930 – ). He worked in a variety of styles including realism, impressionism and conceptualism, and there were examples from throughout his career. Perhaps it was just the novelty of an exhibition in an airport, but I rather enjoyed looking at them while taking a stroll around the upper level of Terminal 4. You can see part of the exhibition in the photograph above. I had to stop and take a closer look when I saw this painting: 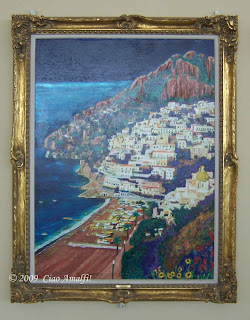 After the exhibition, I followed signs to the JFK chapels. I found a synagogue, a mosque, and both catholic and non-denominational christian worship spaces. All were beautifully decorated, and it was interesting to see the differences in style literally side by side. It made me wonder if anybody was writing about worship spaces in airports. They are so fascinating! It felt good to know I still have my art historian cap in my back pocket. I promptly put it on, jumped on the airtrain and headed over one terminal to see what I could see of Eero Saarinen’s TWA Flight Center. What an amazing building! I can’t wait until it is open again as part of JetBlue’s expansion in Terminal 5. You can read more about it here. This is as close as I could get: 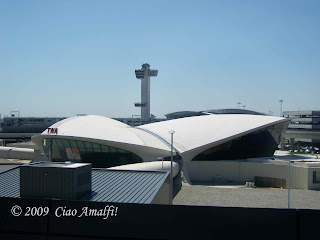 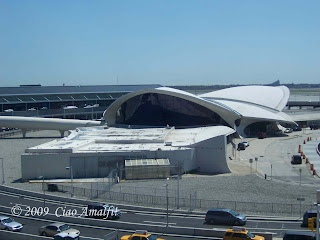 After all that walking I was ready for a nice cup of tea. Certainly not all airports are as interesting as JFK, but many have terminals and expansions designed by top architects around the world. Next time you have a long layover at an airport, don’t forget to explore the art and architecture of your surroundings. It sure beats eating the generally overpriced and unpleasant airport food!

Travel Inspirations – A New Series on Ciao Amalfi!
A Night of Music & Magic in Scala
Heading Back to the Amalfi Coast